Fr Peter McVerry to be awarded the Freedom of Dublin 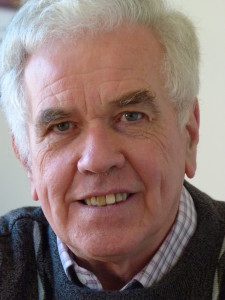 Dublin City Council on Monday evening voted for award the Freedom of the Capital to Jesuit campaigner on homelessness, Fr Peter McVerry.

His proposal was ratified at the monthly meeting of councillors in City Hall and both men have agreed to receive the honour, which is likely to be bestowed on them early 2014.

Speaking after the vote, Dublin’s Lord Mayor said it was a great honour to be able to propose Fr McVerry and Brian O’Driscoll for the honour of the Freedom of the City of Dublin.

“I am delighted they have agreed to accept this great honour. They set a remarkable example to us all by the way they apply themselves to their challenges,” the Mayor said.

“They are people who lead by the example they set. In their own way and in their own fields, they are both individuals who walk the walk.”

He added, “I know that all Dubliners will be both proud of, and find inspiration into the future from, these two remarkable men. They are and will continue to be great ambassadors for Dublin.”

Despite his sixty-nine years and four decades of campaigning, Fr Peter McVerry continues to highlight the plight of the homeless and disadvantaged in Ireland.

It provides accommodation and drug treatment for between 170 and 180 homeless people on any one night,

Fr McVerry’s faith is grounded in a compassionate God and the title of his most recent book, ‘Jesus Social Revolutionary’ sums up his philosophy.

He told CatholicIreland.net in a previous interview that his determination to be a voice for the voiceless was born of his encounter with the homeless, especially homeless children.

“Disaster childhoods” is how he terms those who grow up experiencing violence, neglect and abuse in the home environment due to addicted parents or parents ill equipped for family life. For some of these children, street living is preferable to the chaos of their home.

Of the early days in 1970s Dublin, he recalled, “We came across a nine-year-old sleeping on the streets. We were running services for children in an inner city parish which included a youth club, craft centre and employment schemes, and we said we can’t possibly leave a nine-year-old on the street – so we opened a hostel.”

As the ferocity of the recession of the 1980s struck, poverty and heroin left a trail of destruction, decimating many inner city communities in Dublin. More and more children needed his services and as this generation grew up, they created a need for a service dedicated to adults.

“I opened my first hostel in 1979. The first lad that we took into that hostel is still in regular touch with us”, he explained. “There is an older age group that we would have had a long contact with. They may be in and out of homelessness but they know that they have the support here whenever they need it.”

The poor state of the Irish economy these days has meant that in addition to the many homeless people the McVerry Trust would be helping anyway on account of addiction problems and dysfunctional family life; there are a lot of “newly homeless” seeking help, many of whom are non Irish.

These are people who came to the country to work and when that work dried up in the recession, dipped into their savings, which in turn ran out. They often have difficulties accessing welfare and so they end up homeless.

“We are finding a significant number of them coming to us are in dire straits, which is a very worrying sign”, he said. “Most of them can only secure emergency accommodation which means that they don’t know from one day to the next where they could be staying when night falls. Some of them come down here just to eat; others come just for the company – the warmth.”

Of the present prison situation in Ireland, he is scathing of the reality of prison life, describing it as “a disaster” and “characterised by gross overcrowding”.

He has highlighted that the country’s prison rehabilitative services are “hopelessly inadequate”.

Fr McVerry believes the whole approach needs a radical overhaul as currently, the “majority of people in our prisons spend the day in complete idleness” resulting in the sense that “their existence is meaningless”.

This in turn can create tension among inmates which leads to violence. “It is also a driver for drug misuse” he warned. “When you are living in those conditions you are very tempted to take drugs just to escape for a little while”, he explained.

“To my mind rehabilitation should be at the centre of prison life given the backgrounds of the vast majority of people who go to prison”, by which he means that most of them come from disadvantaged areas of the city and are school drop-outs with damaged family relationships.

He believes the penal system needs to address some of the issues which are an overhang from many of the prisoners’ childhoods.