Father Brian D’Arcy has been made an OBE (Officer of the Order of the British Empire) by Prince William.

The popular priest said that he was honoured to receive the award and expected to complete the day’s celebrations with a fish and chip dinner with family members in London. The Duke of Cambridge, Prince William, honoured Fr D’Arcy for services to cross-community relations in Northern Ireland at the ceremony at Buckingham Palace on Tuesday 14 January 2020.

Speaking on RTÉ Radio One’s Ray D’Arcy Show, Fr D’Arcy said that he had been reluctant to receive the award for something he “should be doing as a priest anyway”. He added that the organisers were keen that someone from Northern Ireland would receive an award because of the difficult political situation there at the time “and they were just looking to increase some form of cross-community relations and some form of help towards a healing path.”

He said that Prince William was familiar with his work and with Northern Ireland and asked about how Omagh and Enniskillen were after the bombings there and about the current situation. Fr D’Arcy said he told the Prince that: “The idea of Brexit has not been very helpful to anyone in the North.”

He spoke of the uncertainty that arose because of Brexit, and how it stalled so much activity in Northern Ireland and how there was anxiety about the idea of the border coming back again. “The political leadership was, I thought, at an all-time low this last while I hope and pray we can get back to doing what we should be doing – making life better and easier for those on the edges,” Fr D’Arcy said.

He told Prince William that he was praying for the royal family as it is going through a difficult period as Prince William’s brother Harry and his wife Megan want to step back from Royal duties following negativity in the media. “I told him that I was praying for the family,” he said. He also told the Prince “In my job I am used to meeting families having difficulties and everything can be worked out as long as we put the sacredness of families first.” 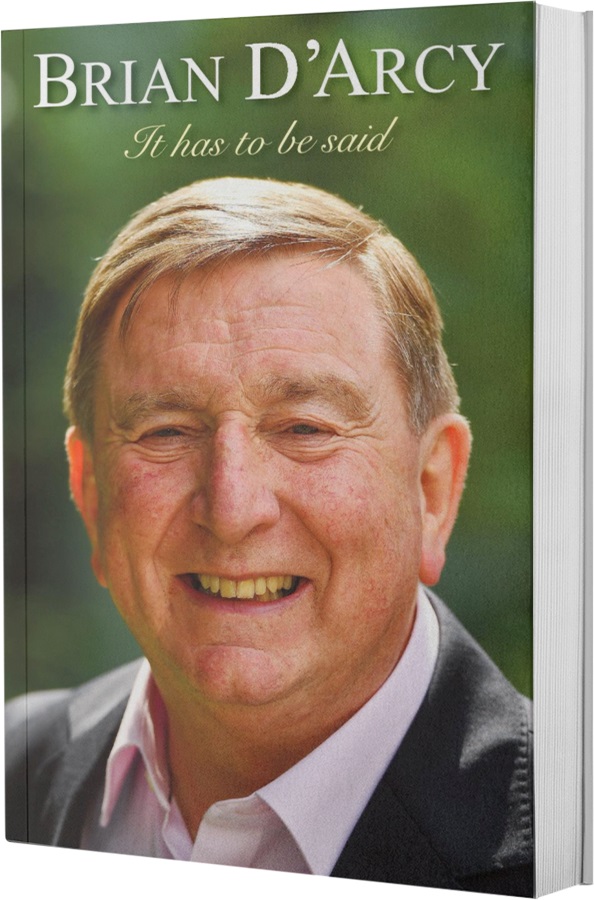 Fr D’Arcy, who lives in Fermanagh recently published his book titled It has to be said with publisher Sliabh Ban Productions.

The New Year Honours list recognises the achievements of a wide range of people in the world of the arts and show business, sports, business and charitable, public service and community work across the United Kingdom. Last year five Irish priests were honoured including Fr Kevin Mullan who is associated with Omagh and ecumenism, Fr Stephen McBrearty, a prison chaplain, and singers The Priests, Fr Eugene O’Hagan, Fr David Delargy and Fr Martin O’Hagan.

Terry Wogan and Bob Geldof are among the many other Irish people who have been honoured in the past. For others it has been something of a badge of honour not to accept the award. There has been debate about setting up an Irish Honours List. At present there is the Gaisce President’s Award scheme for young people, and The Presidential Distinguished Service Award for Irish Abroad which has been awarded to many Irish missionaries and aid workers.