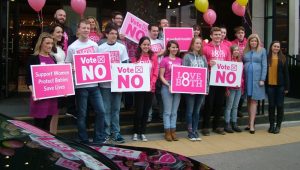 Three additional pastoral letters and one statement on the right to life of the unborn child were published by Irish bishops this weekend.

Bishops Ray Browne of Kerry, Alphonsus Cullinan of Waterford and Lismore, John Kirby of Clonfert and Michael Smith of Meath added their voices to the cause of protecting the child in the womb.

“The current referendum campaign is causing great hurt and distress to many, many people,” Bishop Browne admitted, as the issue of abortion and the termination of pregnancy “is sensitive in the extreme”. He said: “In all we say and do let us ever seek to speak and act gently, kindly and sensitively.”

Bishop Cullinan started his pastoral letter in a similar fashion, saying: “It is not easy to speak about the upcoming referendum. But it is absolutely necessary. We will not get this chance again. It is about life and death.”

The Bishop of Waterford and Lismore also reached out to those who may have experience of terminating a pregnancy. “I know that some of you listening to or reading this may have personal experience of abortion,” he said.

“My heart goes out to you. Please do not think that you are being judged. We all make mistakes and do things we regret. I do too. Let us learn from the hurts of the past. The healing and mercy of Jesus is always available. Since 1977, the staff and volunteers of Cura have been helping those in crises to find inner peace, courage and healing.”

Because our modern technological culture is becoming increasingly individualistic, there is a risk that we are becoming desensitised to the rights of the very old, the severely disabled and the baby in the womb, said Bishop Cullinan, before quoting the Jewish saying: “He who saves one life, saves the whole world.”

He continued: “Either every life counts or no life counts. To deliberately take one life is to undermine respect for every human life. Our constitution protects mother and baby equally. Can we love and show compassion to them both and not pit a mother against her child? The baby deserves our compassion too. I believe there is a silent majority, including many young people, who instinctively know this. We all need to speak up for the truth.”

Bishop Kirby said the government’s decision to hold a referendum on repealing Article 40.3.3 of the Constitution was “a major challenge to the respect for life that has been so much part of our culture for generations”. He outlines how recent technology has allowed us to become much more aware of the development of the child in the womb and he made reference to a documentary film, The Miracle of Life, which encapsulates the first nine months of a child’s life while it is in the womb. A slideshow of images from the film is available on the website www.chooselife2018.ie

“We can see the baby’s growth at different stages,” said Bishop Kirby. “At 12 weeks, the baby has independent movement and most of the body organs are formed. Fingers and toes have separated and teeth are forming inside the gums. Never again should anyone dismiss the growing child simply as a foetus or as ‘a collection of cells’.”

In his public statement, Bishop Michael Smith addressed the claim that women’s lives were put at risk because of Article 40.3.3 or that the Church put the life of the unborn before the life of the mother. He said: “Despite suggestions to the contrary, the Church asks that all necessary medical treatment be given to a mother in pregnancy even if this were to result in the unintended death of the child. Highly respected medical and legal experts have made it clear that under the present law the best standards of care are available to mothers in a crisis pregnancy. All involved in caring for the pregnant mother in Ireland have to take pride in the fact that Ireland is one of the safest countries in which to be pregnant.

“A compassionate society will do all in its power to support and love the mother and baby. The Eighth Amendment is a declaration of equality and respect for human life. It represents, at the very foundation and substructure of our laws, a conviction that all human life has to be cherished. Are we as a society to say to women experiencing a crisis in their pregnancy that the solution to their concern is to be found in abortion? Does this show compassion and care for women? The solution to a crisis pregnancy should be found in addressing the crisis, not in terminating the life of an innocent child. Abortion is a brutal act. There is no semblance of compassion involved in ending the life of the child in the womb. It is difficult to imagine how such an action could be compatible with the Catholic faith in any way.”

Bishop Browne stated the moral facts surrounding the deliberate termination of a pregnancy quite simply: “It is wrong to terminate life, human life. The unborn child does not just become human at birth. The right to life of the unborn child is a fundamental right. Abortion is wrong.” 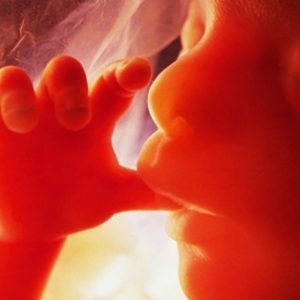 After reviewing the intentions of those politicians urging a Yes vote, Bishop Browne said: “Looking at the Report of the Joint Oireachtas Committee on the Eighth Amendment, and also at the legislation the government has proposed if the referendum is passed, leads me to one conclusion: the majority of our TDs and senators will support a system of abortion similar to Britain. Many of our smaller political parties and many individual TDs and senators have repeatedly insisted that they will not rest until this is the case.

“In Britain, where in 1968 abortion was introduced for ‘extreme cases’ only, each year in the region of 190,000 abortions are carried out, the equivalent of one in five of all pregnancies. The choice now facing the people of Ireland is stark. The only conclusion that I personally can draw is: if Article 40.3.3 is removed from the Constitution, then within a short few years the position regarding abortion in Ireland will likely be similar to that of Britain.

“I urge all citizens to think deeply about this referendum proposal. I commend the work of pro life groups seeking to protect the right to life of the unborn child. Please give these groups what support you can. They seek to be the voice of the voiceless, a voice for unborn children. Please pray that the people of our country will choose to speak out in defence of life, the life of every innocent child growing in their mother’s womb.”