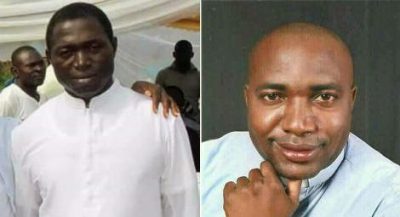 The data is collected each year by Fides Agency, which stated that in 2018 a total of 40 missionaries were killed, including 35 priests, 1 seminarian, and 4 lay people.

Fides noted that this year many missionaries have lost their lives during attempted hold-ups and robberies. These were in poor areas where violence is the norm, and state authority was lacking or under pressure from corruption, or where religion is “used for other ends”.

The annual Fides list tries to record all the baptised involved in the Church who die violently, not only “in hatred of the faith”.

“For this reason, we prefer not to use the term ‘martyrs’, if not in its etymological meaning of ‘witness’, in order not to enter into the question of the judgement that the Church might eventually deliver upon some of them,” stated Fides.

The agency added that priests, religious, and lay people share the same daily life as the common people, bringing them the witness of love and service as a sign of hope and peace. While supporting the weak, they raise their voices to defend civil rights and denounce injustice. This often puts them in danger, but at the request of civil authorities or their own superiors, the missionaries remained at their posts, aware of the risks in order to remain true to their duties.

Nigeria: Rev Joseph Gor and Rev Felix Tyolaha, who were killed when shepherds/jihadies attacked the village of Mbalom, in April, during morning Mass; Rev Michael Akawu, who was killed in August during a robbery; Rev Stephen Ekakabor, who died in August following injuries during a violent robbery the previous year; Rev Jude Egbom, who was shot during a robbery in September in Umuwala, Imo state; Rev Louis Odudu, who died in a hospital in Warri, Delta state, in September, after abduction.

Central African Republic: Rev Joseph Désiré Angbabata, diocese of Bambari, who was attacked by an armed group in his parish in March and died later; Rev Albert Toungoumale-Baba, who was killed during a massacre in the parish of Notre Dame de Fatima in May; Rev Firmin Gbagoua, Vicar General, diocese of Bambari, who was killed by commandos breaking in during June; the Vicar General, diocese of Alindao, Rev Balise Mada, and Rev Celestine Ngoumbango, Mingala, who were killed in November during an attack on the episcopal residence of Alindao where they sought refuge.

Democratic Republic of Congo: young Thérese Deshade Kapangala, who was killed during military repression in January in Kintambo, Kinshasa; Fr Florent Mbulanthie Tulantshiedi, Congregation of the Joséphis, whose body was found in March on the banks of the Kasai River; Rev Etienne Nsengiyumva, who was assassinated by a criminal in Kichanga, in Goma diocese, in April.

Cameroon: Rev Alexandre Sob Nougi, diocese of Buea, who was shot in July in a clash between the military and separatists; young seminarian Gérard Anjiangwe, who was killed by soldiers in October; Fr Cosmas Omboto Ondari, who was struck twice by a military vehicle in Kembong, near Memfe, in November.

Ivory Coast: Rev Bernardin Brou Aka Daniel, diocese of Abengourou, who was killed during a robbery in the street in April.

Kenya: Rev John Njoroge Muhia, who was killed when banking the collection money in December.

Malawi: Rev Tony Mukomba, Archdiocese of Blantyre, who died after an attack by bandits in January. 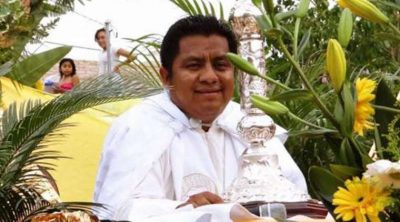 Rec Germain Muniz Garcia killed on the street in Mexico

In the Americas those 15 murdered in 2018 included:

Colombia: Rev Dagoberto Noguera Avendano, an ex-priest, who was killed in a suspected robbery in his house, in Santa Marta, in March; Rev John Fredy Garcia Jaramillo, who was found stabbed to death in his home in July in Betlemme Los Almendros, south-west Medellin.

Nicaragua: José Maltez, member of Salesian Oratory, who died from a blow to the chest during conflict in June in Granada; Sandor Dolmus, a young minister of the Leon Cathedral, who was shot in the street.

Venezuela: Rev Iraluis José Garcia Escobar, Our Lady of Fatima parish, Archdiocese of Barquisimeto, who was killed during an attempted robbery in July.

Perù: Father Carlos Riudavets Montes (SJ), who was found dead and tied up in the indigenous Peruvian Amazonian community of Yamakentsa in August.

In Asia 3 priests were killed:

Philippines: Rev Mark Yuaga Ventura, head of the missionary station of San Isidro Labrador, who was shot in April; Rev Richmond Nilo, who was killed by two armed men when preparing for evening Mass in Mayamot, Cabanatuan diocese, in June.

India: Rev Xavier Thelakkat, priest, Kerala, who was stabbed in March by an ex-sacristan who had been fired in Malayattoor.

Germany: Rev Alain-Florent Gandoulou, Congolese priest, chaplain of French-speaking community in Berlin, who was killed in his office during an argument in February.