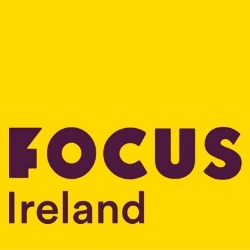 homelessness crisis as part of its pre-budget submission.

The charity, founded by Sr Stan Kennedy, made its call as latest figures show a record total of 8,270 men, women and children homeless nationwide. These figures also show that the number of children who are homeless has now passed the 3,000 mark for the first time ever.

Focus Ireland Advocacy Director Mike Allen said: “The latest figures clearly show the homeless crisis is continuing to deepen and the government really needs to have this issue at the top of its agenda for tomorrow’s meeting. We submitted our submission to the government in recent months to outline key measures which must be taken in next week’s budget if we are to fast-track delivery of housing and also cut the numbers becoming homeless.”

The measures Focus Ireland is calling for include Budget 2018 adopting the Housing Finance Agency’s proposal that it become the main source of lending to local authorities so they can more quickly secure funding to build housing.

Mr Allen explained: “The current funding process is too slow and complex due to the government policy of ensuring all such investment is ‘off the government books’. This must change in Budget 2018, otherwise we are failing these families and children who are homeless.

“For years now we have been stuck in the deeply frustrating maze in which the government keep insisting that money is no problem, yet the local authorities tell us the systems are too complex for them to access the money to deliver homes which are urgently needed.”

Focus Ireland’s submission also calls for an end to the system where many families who are recognised as homeless by local authorities are told they must find their own emergency accommodation.

The charity said the current system, known as ‘self-accommodation’, is not fit for purpose and has led to huge stress on families. On a few occasions, families with children have been put at risk of having to sleep rough because they couldn’t find emergency accommodation.

Focus Ireland argues that where a family is assessed as homeless, it is the local authority’s responsibility to find emergency accommodation for them, and that central government must provide them with resources to do so.

The organisation is seeking additional funds for child support workers to assist the children of families living in emergency homeless accommodation for longer and longer periods.

Minister Pascal Donohue will introduce the budget to the Dáil on Tuesday 10 October next.