Focolare founder on path to beatification 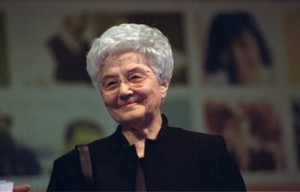 ”The official opening of the Cause of Beatification of Chiara Lubich on 27 January next by Bishop Raffaello Martinelli of Frascati has aroused great interest and excitement on the part of many people involved in the Focolare,” David Hickey, one of the people responsible for the Focolare in Ireland, told CatholicIreland.net.

“So many people of the Focolare have contributed to the process, by giving witness to, and communicating Chiara’s life and the results of living the ‘Charism of Unity’, as she herself called the Focolare’s spirituality,” he explained.

The experience and living of unity through mutual love has attracted many Catholics, as well as Christians of other denominations, religions, and people of various philosophical backgrounds, to get involved in this world wide Focolare movement.

David Hickey added that members of the movement feel “a certain excitement and curiosity” about the next stage of the process of beatification.

Not least because of those in the movement who are not members of the Catholic Church, but who have also contributed to the process with their witnessing to Chiara’s effect on their lives.

The Focolare has around 500 members in Ireland and 1,000 collaborators, and a centre at Curryhills, Co Kildare.

There are 40,000 core members and two million adherents and sympathisers around the world.

The ceremony takes place in Rome where Msgr Raffaello Martinelli has chosen the Cathedral of Frascati for the official opening of the “process on the life, virtues, reputation for holiness and signs” of Chiara Lubich.

This is significant because Chiara Lubich lived most of her life in the Diocese of Frascati at the International Centre of the Focolare Movement.

She passed away six years ago and rests in the chapel of this centre.

Maria Voce, president of Focolare, announced the news in a letter stating that the beatification is a ’novelty’ as the promotion of a Gospel experience of going to God together, rather than as individuals, was one of Chiara Lubich’s trademarks.

She expressed her confidence that those present in Frascati on the 27 January and all around the world will be united in prayer so that ”the Church, inspired by the Holy Spirit, may understand the novelty of Chiara’s proposal, and the living out of a collective sanctity”.

Chiara Lubich’s testimony continues to be a light to many.

More than 120,000 people from different continents and religious traditions have visited the places where she lived and worked during her life.

Visitors include everyone from cardinals and bishops, academics, politicians, families and young people, to members of associations and movements.

Among them are people with non-religious beliefs, children on the eve of their first Holy Communion and adults in search of hope.

Chiara Lubich wrote: “We find holiness in Jesus; it blossoms in us because we love… If we search for holiness itself, we will never achieve it. Love, then, and nothing else. Lose everything, even the attachment to holiness, so that you aim only at loving”.

She once explained that we can all become saints “if (ante omnia, even before holiness) we put mutual love: Jesus in our midst as premise or principle, as a means to our holiness and as an end”.

The opening ceremony of the “Cause of beatification and canonisation”, called Prima Sessio, takes place on Tuesday 27 January 2015.

It starts at 16.00hrs (Italian time) with Vespers, and then the reading of the Decree of the introduction of the Cause and of the Rescript of the Nulla Osta of the Holy See.

Then there is the official appointment of the diocesan tribunal nominated by the bishop and oaths are taken by the bishop, the members of the tribunal and those of the postulation.

Once the Cause has begun, Chiara Lubich is called ‘servant of God’.

The ceremony may be followed live via internet at 15.00 Irish time: http://live.focolare.org
with simultaneous translation in English.