Flac calls for binding laws to protect people in debt 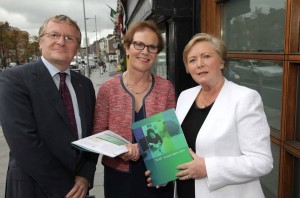 The Free Legal Advice Centre (FLAC) has warned that Irish consumers are at risk of exploitation while codes of conduct rather than “binding laws” are used to regulate mortgage lenders and other lenders.

“You might say FLAC’s legal information helpline is a social thermometer for issues affecting people in Ireland and 2014 has been our busiest year yet,” said FLAC Director General Noeline Blackwell.

At the launch of its annual report 2014, the advice body stated that queries about housing had seen a massive increase, as questions about rental properties went to an all-time high.

“For the second year running, our phoneline saw a big increase in calls on housing problems, including landlord and tenant queries, up 81.7% over 2013.”

“This makes housing the second largest area of enquiry on our phoneline, with family law and credit and debt law problems the other top areas,” she said.

Speaking at the launch, FLAC Senior Policy Analyst, Paul Joyce, welcomed proposed legal changes announced by the Government in May aimed at allowing  the courts to review unreasonable refusals by creditors of insolvency arrangements.

But he said that they need to be enacted quickly, given the number of recent repossession proceedings.

“FLAC remains concerned that despite these reforms, many over-indebted people will still not be able to access the advice and support they need to reach a fair resolution, be that a personal insolvency practitioner or lawyer, due to lack of resources,” he stressed.

Referring to FLAC’s ‘Redressing the Imbalance’ report, he said that it concluded that the failure to properly regulate lenders and lending at both national and EU levels was one of the principal causes of the personal debt crisis.

“We concluded that Ireland’s consumer credit laws remain complex, piecemeal and inaccessible to most consumers, leaving many at risk of exploitation in the future. The reliance on codes as opposed to binding legislation is a prime example. This has become manifestly obviously in relation to the Code of Conduct on Mortgage Arrears.”

In a survey carried out through PILA, the organisation found that three-quarters of the 464 lawyers who responded did pro bono work, with half of those so regularly.

According to Noeline Blackwell, “One of the great privileges of working with FLAC is the interaction with volunteers. FLAC aims to create equal access to justice for all and does this with a wide variety of partners; in particular, we work with lawyers who volunteer their time and expertise. Their impact is enormous.”

The report states that housing/landlord and tenant issues made up 14.3% of all queries on the telephone and saw the most dramatic increase on 2013, rising 81.7%.

FLAC stated in the report this is a continued upward trend which began in 2012 and reflects a “real need for detailed legal information on the topic.”

Family law continued to be the most frequently discussed area of law in FLAC clinics (33.7%) and almost half of these queries (48.7%) related to separation and divorce.

Custody, access or guardianship was the second most common family law query, followed by maintenance and the family home, followed by domestic violence.