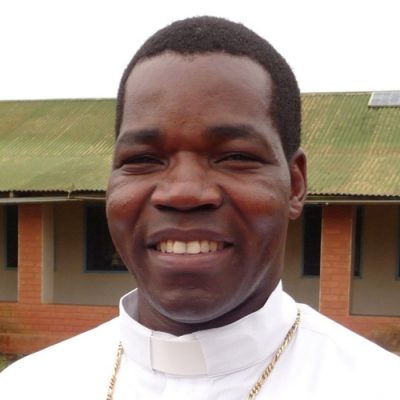 The President of the Sudan Catholic Bishops’ Conference is cautiously optimistic that the peace agreement signed on 12 September could signal the start of stability in the country, where a brutal civil war has waged for the past five years.

“The signed 12 September 2018 Revitalized Peace Agreement  is holding in most parts of the country and seems to, by and large, indicate that it could last. I am logically convinced that this Peace Agreement may last … on the premise that any conscious South Sudanese cannot [think] of sponsoring war anymore at whatever cost, knowing the shame and pain we have gone through,” Bishop Barani Kussala told Vatican news.

The Revitalized Agreement to Resolve the Conflict in South Sudan has been described by the United Nations (UN) as a positive and significant development in the country’s elusive search for lasting peace.

The bishop of the Catholic Diocese of Tombura-Yambio and President of the Sudan Catholic Bishops’ Conference for Sudan and South Sudan said that despite this cautious optimism, the people of South Sudan were celebrating Christmas under a cloud of “hate speech”. This, he said, did not bode well for the prospects of lasting peace in the country.

His words echoed those of Josephine Lamb from Trócaire, which currently has an emergency appeal for South Sudan. “It is the 12th attempted peace deal since 2013, and with multiple armed groups still active in the country, conflict and instability remain widespread,” she wrote on 27 December.

“The fear of attack and murder has meant that people have had to abandon their land – and their only means of growing food. The war has also led to an economic crisis where food is unaffordable, and conflict has made it difficult for enough humanitarian aid get into the country and reach the people who need it most.”

Speaking to Vatican News, Bishop Barani Kussala said Christmas was God’s generous gift to humankind and all Christians owe a debt of love to their neighbour and others here on earth. “In offering these hopes and prayers [for peace], we are conscious that God energises people’s imaginations and gives them the will to make of South Sudan a better place here and now. It is because of this that I speak of the generosity of each and every one of us to give the best of ourselves for the salvation of South Sudan,” he said.

According to the Council on Foreign Relations, over 50,000 people have been killed since the war in South Sudan began in December 2013. The war has generated 2.47 million refugees and asylum seekers.

South Sudan is the target of the Trócaire Christmas Appeal. Members of the public can contribute to it at www.trocaire.ie.