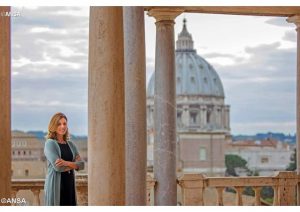 Pope Francis has announced that the new head of the Vatican Museums is a woman. Barbara Jatta will take up her post as first ever woman director of the museums on 1 January 2017.

Many newspapers have commented that it is unusual to see a woman heading a Vatican office.

The Guardian newspaper stated that it would be groundbreaking for a woman to be appointed to any top museum given that the world’s leading museums – for example, the British Museum and the National Gallery in London, the Prado in Madrid, the Louvre in Paris and the Metropolitan Museum of Art in New York – have male directors.

The Wall Street Journal has reported that Barbara Jatta will oversee an institution that has about €300 million in gross revenues a year and at least €40 million in profits.

Her degrees are in literature, archive administration and art history, specialising in the history of drawing, engraving and graphic arts. She also taught history of graphic arts at the Suor Orsola Benincasa University in Naples. A married woman and mother of three children, she is a native of Rome.

She suceeds 77-year-old Antonio Paolucci, who is more than 20 years older than her and has been director since he was appointed by Pope Benedict XVI in 2007. He had been the Italian Minister of Culture from 1995 to 1996, and is a renowned art historian of the Renaissance. In the years before joining the Vatican he worked in various positions in Tuscany and Florence, and was involved in the restoration of Michelangelo’s David in Florence. 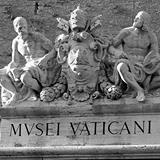 The Vatican Museums are five hundred years old and own some of the major works of Western culture. The complex is so large that it is described in plural – museums – and is the fourth most visited in the world, attracting more than 4 million visitors each year.

The Vatican Museums include the Sistine Chapel and more than 50 different galleries with 200,000 objects in its collections, 20,000 of which are on public display. There are 27,000 square feet of frescoes, and 4.35 miles of exhibit space. The works range from a painting of a suffering pope by Francis Bacon to Van Gogh’s Pietà and the renowned Sistine Chapel frescos.

The latter, at risk from the number of visitors passing through, have seen extensive work and preservation measures under Antonio Paolucci. These included a refit of the climate control system in the Sistine Chapel with a new, more powerful and energy-efficient heating, air conditioning, and ventilation system capable of filtering out pollutants that could harm the frescoes.

Another renovation has just been completed and the New Wing of the Vatican Museums reopened to the public on 22 December 2016. This gallery was realised between 1816 and 1822 for Pope Pius VII (Barnaba Chiaramonti), to house the papal collection of classical sculptures.

About 140 sculptures are on display, ranging from portraits of gods to sculptures of Roman emperors and their wives in a 230-foot-long gallery. There are also two gilded bronze peacocks which are thought to have come from the Roman Emperor Hadrian’s Mausoleum, and a Roman copy of a first-century Hellenistic statue originally found in the Temple of Isis, near the Pantheon.

The restoration was very complex and involved several professions working on the architectural structure and the sculptures.