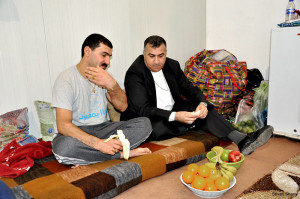 Archbishop Bashar Matti Warda, the Chaldean Catholic Archbishop of Erbil in northern Iraq, and Mgr Nunzio Galantino, the secretary general of the Italian Bishops’ Conference, were among those who took part in the official opening of the Catholic University of Erbil on 8 December.

The Bishops Council in Rome supported the university project with a donation of €2.3 million.

The new university’s programmes will include Oriental Studies, Information Technology, Languages and Economics as well as Biblical and Theological Studies.

Plans are underway to expand the current 96 courses to include a faculty of Law and International Relations.

More than 1,200 students between 17-18 face an uncertain future as there are insufficient places for them in the universities of the Kurdistan Region or in Mosul.

Archbishop Warda commented last week, “Our beloved Christian community has so many reasons to leave Iraq today. This is why this university is a strong motive to stay. We all have a great responsibility to give them reasons to stay.”

“The university is a message to those who want us thrown out of the circle of history. It means we are staying because we are deeply rooted in this soil for thousands of years.”

He added, “The University will be open to everyone, I hope that all the students – Christians, Muslims, Yazidis – will be able to breathe the Catholic faith and its fundamental values, we expect to receive up to 300 students each year.”

Mgr Galantino commented, “The University will lay the foundation of a new history and a promising future.”

The university was built on a three square kilometres piece of land provided by the Chaldean Catholic Church.