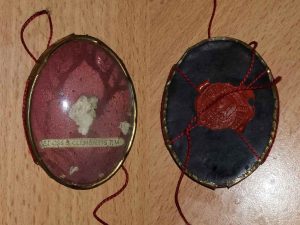 Bones of Apostle-St Clement and case

A final resting place is being sought for a precious relic of the Apostle and Pope, St Clement, which was recently nearly lost for ever.

The ancient relic, which is nearly 2,000-years-old, was contained in a special case and was dumped for routine waste collection in central London.

Workers of the Enviro Waste company collected the bone in a red and gold wax-sealed case, but did not realise at the time what a find they had until several days later.

As they had made many collections on the same day, it was impossible to pinpoint exactly which location the relic came from.

“You can imagine our amazement when we realised our clearance teams had found bone belonging to a Pope – it’s not something you expect to see, even in our line of work. We often come across some weird and wonderful things on clearances, but we were definitely not expecting to find a bone fragment of an apostle,” said James Rubin, owner of Enviro Waste.

“We know this is an important piece of history and are keen to find the most appropriate place for its final resting place, which is why we’re asking for help from members of the public,” he added.

Anyone interested in nominating a suitable final resting place, can do so on the company website where a special nomination form has been set up.

As yet no one has contacted the company to claim the relic. James Rubin said he had hired a UK laboratory to carbon date the relic to test its authenticity.

The wax-sealed case, which encased the relic was inscribed: “From the bones of St Clement, Pope and Martyr.” 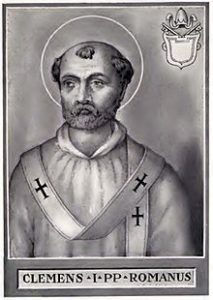 To date, suggestions for a final resting place for the relic have included the British Museum or the Church of St Clement in Rome.

Pope St Clement is considered to be the first apostolic father of the church, the third successor to St Peter and the fourth Pope.

Just over two weeks ago a different relic was found in Dublin.

The stolen 800-year old heart of St Laurence O’Toole was recovered by the Gardaí in Dublin and was officially handed back to Christ Church Cathedral in a special service.