Film on work of Irish missionary nominated for award 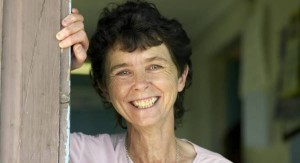 A documentary about the work of Irish missionary’s work at the Love and Hope Centre for those with HIV/AIDS in Nakuru has been nominated for a prestigious Kenyan film award.

‘Nurtured with Love’ shows the work of the Franciscan Missionary Sisters for Africa, notably that of Sr Patricia Speight FMSA from Belfast at the centre which provides care and support for hundreds of HIV/AIDS patients, their families, as well as prevention programmes in both schools and parishes.

The whole project grew out of a service which began with home visits for those too ill to travel for treatment.

Sr Agnes Mary FMSA with her helper, Genevieve, walked to the poorer areas of Nakuru and gave home-based care.

This ministry was developed further by Sr Patricia Speight with the help and support of many friends and benefactors.

One of those was Mary O’Donoghue who visited Nakuru and saw the project first hand. At that time buildings consisted of a small two-roomed hut in the shade of a huge tree, catering for growing numbers of patients.

On her return to Ireland, together with family and friends, she initiated what has come to be known as The Rose Project, the result of much fundraising activities.

Now an impressive building replaces the original hut and consists of a purpose built area which includes clinical areas, counselling rooms, administration block as well as seminar areas and a spacious hall for preventive programmes.

Responding to the news of the nomination, Sr Patricia Speight commented, “We are delighted that our documentary has reached the Kalasha Awards. I knew nothing about these awards, but someone put us forward. We have been told that this is the best documentary in Kenya and the Kalasha Awards are looked upon as the Oscars in countries outside of Africa.” 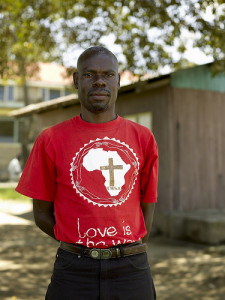 “The video shows how HIV+ adults and children are normal people with the same hopes and dreams as anyone else, so hopefully it will help reduce stigma.”

She explained that the centre intends to use the film for fundraising and she had got the backing of Bishop Maurice of Nakuru to talk about the film in local churches in Nakuru as part of a fundraising drive.

“When we have covered all the catholic churches we will then visit the non- catholic ones to talk about Love and Hope,” she said.

Speaking about the fundraising locally, Sr Patricia said the response so far in collections from the churches has been good.

“I feel we must get the African people involved to help missionaries do their ministry for their people. I am very strong on this. Gone are the days when the Sisters were the ones to do all the fundraising.”

She added, “I am trying to change this to let people see that because we are European we are not rich. I want to let people here in Africa see that we Sisters have to struggle 24 hours a day to help and uplift them and restore their dignity again.”

Of the film award, she responded, “If we win the award we will be very happy, if we don’t, it is alright too because we are creating awareness which is very important. I hope many people in Ireland will vote for the documentary. That would be of great help to us.”

‘Nurtured with Love’, which was financed by Trócaire, has been nominated for this year’s Kalasha International Film Awards in the category of best documentary.

People can vote for ‘Nurtured with Love’ at http://goo.gl/forms/1DhVjl37ci

The Kalasha International Film Festival is a new initiative from the Kenya Film Commission in partnership with the French Embassy in Kenya – http://kalashainternational.com