“The fight is changed, not ended” – Ciara Ferry 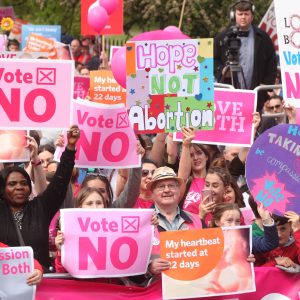 Irish people woke up on Sunday 27 May to a different Ireland than one they had known just two days previously, with abortion having been introduced as a human right into the constitution by popular vote – the first country to do so.

The results of the exit polls on Friday night were a shock to many, who did not see the scale of the 66.4 per cent win for the Yes side coming. Thousands tuned into the announcement of the late-night exit polls, made by Ryan Tubridy on the Late Late Show, after which the studio audience burst into sustained applause.

Pro-life social media were still hopeful on Friday night, with many citing inaccurate exit polls in the votes that ushered in the era of Brexit and Donald Trump. However, it was not to be, as the results were confirmed by the tallymen at lunchtime on Saturday. Scenes at Dublin Castle for the official announcement echoed those of the marriage referendum in 2015.

Prominent No campaigners acknowledged the loss early on, with Save the 8th’s Communications Director, John McGuirk, commenting that “with a result of that magnitude, clearly there was very little to be done.” He echoed the sentiments of many pro-life campaigners saying “The 8th did not create an unborn child’s right to life – it merely acknowledged it. The right exits, independent of what a majority says.”

As eyes turn to what happens next, pro-life campaigners are energetic about the future and refusing to concede this result as the end of the story. If, as Maria Steen commented to the Burkean Journal before the vote, “it’s only a matter of time … before we see abortion clinics opening on the streets of our towns and cities”, it seems as though the fight is changed, not ended. Given the immense difficulties experienced by pro-life campaigners in the US and UK, it is safe to say that Ireland’s new pro-life generation has much work to do.

That is not to say that they are shying away from that work – in fact far from it. Both McGuirk and Cora Sherlock, echoed by young campaigners, are clear that this is not the end of the fight for the pro-life soul of Ireland.

Mary Kenny, the young mother who chose life for her daughter despite very difficult circumstances and whom we profiled here earlier in the campaign, encouraged No voters not to lose heart. “Literally thousands of people have put their hearts, souls, time and energy into this campaign and we always said that despite this result this would not end on May 25th.”

Michael Kelly of the Irish Catholic paid tribute to the work already done: “Katie Ascough, Cora Sherlock, Niamh Ui Bhriain, Maria Steen, and all the other brave women who took the lead in standing up for the unborn deserve huge respect and gratitude.”

Ascough said on Saturday: “To everyone who voted No, there is plenty of reason for hope. This campaign has uncovered a dynamic grassroots and a new generation of Irish people prepared to stand up and fight for the right to life. Today’s vote is only the beginning of a movement based in deep and genuine love and support for women and their unborn children and is passionate about positive change in Ireland.”

From reactions to the news yesterday, it does seem that the fight will take on new fronts.

Declan Ganley, veteran of the television debates in recent weeks, commented yesterday that options should be explored around conscientious objection to the payment for the now inevitable abortions here. Irish Doctors for Life said that they were very encouraged by the numbers of health care professionals who had joined the campaign and said that “Doctors for Life will continue to defend the right to life at all stages and will be a clear voice for health care professionals who do not wish to use their skills against the weakest members of our society, of any age.”

With signs being held up by Michelle O’Neill and Mary Lou McDonald saying “The North is Next,” pro-life campaigners paid tribute to the help their friends over the border had given during the campaign, and promised to repay the favour. 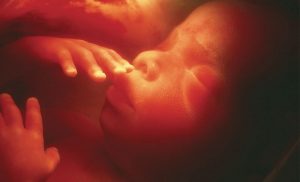 And for pro-lifers of faith, the spiritual dimension of their efforts is taking on a new urgency, with complaints about statues and crucifixes in polling booths gaining national attention over the last few days, and some saying that the separation of Church and State will be next on the agenda. Young Catholics say they are seeing this as an opportunity to live out the call to evangelisation of Jesus in today’s Gospel, which was echoed by the Tuam Archdiocese this morning which tweeted:

“We are living in a new Ireland. This new Ireland is a mission territory. The mission needs missionaries. To be mission ready we need courage and wisdom and a profound spiritual renewal. God’s grace is there, but are we willing?”

The growing numbers of young people involved in mission in LoveBoth and Save the 8th, Youth 2000, NET Ministries, University Chaplaincies, Clochar don Óige, and in diocesan and parish youth ministry all over the country would seem to indicate that we are.