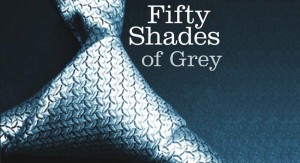 A movie based on the pornographic trilogy ‘Fifty Shades of Grey’ is due for release in Ireland and the UK next week.

But a US study has shown that young women who have read the first book are more likely than non-readers to exhibit signs of eating disorders and have a verbally abusive partner.

And domestic violence campaigners are calling for a boycott of the film.

The Michigan State University study indicates that women who read all three books in the series are at increased risk of engaging in binge drinking and having multiple sex partners, the report states.

All are known risks associated with being in an abusive relationship, much like the lead character, Anastasia, is in Fifty Shades, said Amy Bonomi, the study’s lead investigator.

And while the study did not distinguish whether women experienced the health behaviours before or after reading the books, it’s a potential problem either way, she said.

The study, which appears in the Journal of Women’s Health, is one of the first to investigate the relationship between health risks and reading popular fiction depicting violence against women.

Past research has tied watching violent television programmes to real-life violence and antisocial behaviours, as well as reading glamour magazines to being obsessed with body image.

“We recognise that the depiction of violence against women in and of itself is not problematic, especially if the depiction attempts to shed serious light on the problem,” Bonomi said.

“The problem comes when the depiction reinforces the acceptance of the status quo, rather than challenging it.”

Bonomi said she was not suggesting the book should be banned, but young people needed to be taught to consume fiction, television, movies, magazines and other mass media with a critical eye and parents and educators should engage kids in constructive conversations about relationships, sexuality and body image from an early age.

*Domestic violence campaigners in the US, using the #50dollarsnot50shades hashtag, are asking  that people spend their money on women’s shelters rather than a trip to see the ‘Fifty Shades of Grey’ film adaptation.