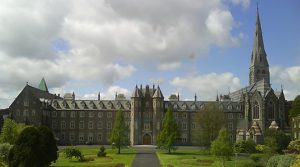 Fifteen men have just begun their studies for the priesthood. This brings the total number to 69 seminarians for Irish dioceses.

Last year (2018), 17 began studies for the diocesan priesthood in Ireland and the year before there were 19.

The formation and academic programme for 2019 to 2020 takes place in Saint Patrick’s College, Maynooth and the Pontifical Beda College, Rome. The propaedeutic (pre-seminary) programme takes place in other locations in Ireland and abroad.

“While we are all aware of the great challenges facing the Church and society at this time, we know also that God the all-powerful is always with us. These formation figures released today offer us a sign of hope,” said Bishop Alphonsus Cullinan, Chair of the Bishops’ Council for Vocations.

He said he was taken with something Pope Francis said in his message for Vocations Sunday (12 May) this year, to encourage men to consider a vocation to the priesthood:

“Every vocation is a summons not to stand on the shore, nets in hand, but to follow Jesus on the path he has marked out for us, for our own happiness and for the good of those around us.”

Bishop Cullinan concluded, “I pray that many will hear God’s call and be courageous in following whatever path God puts before them.”

Father Willie Purcell, Coordinator of the Bishops’ National Vocations Office, said that the role of Vocations Directors is to help young people realise that each one of them has a unique calling from Christ.

Seminaries and houses of study where seminarians are undertaking their formation for Irish dioceses include:

In 2018 the Congregation for the Clergy in Rome – which has overall responsibility for seminary formation – issued a new document, Ratio Fundamentalis Institutionis Sacerdotalis, (“The Gift of the Priestly Vocation”), which is the revised programme for seminary formation. It recommends to bishops around the world the introduction of a pre-seminary (propaedeutic) programme for new candidates who want to discern their priestly vocation.

The National Vocations Office of the Irish Catholic Bishops’ Conference opened in July 2017. At that time it was stated that in 1965 some 441 priests were ordained in Ireland. It added that in more recent times usually around 12 to 13 are ordained annually.