“It is both exciting and challenging to be the first woman to take up the position of Director of the National Office for Vocations,” says Scottish FSP sister. 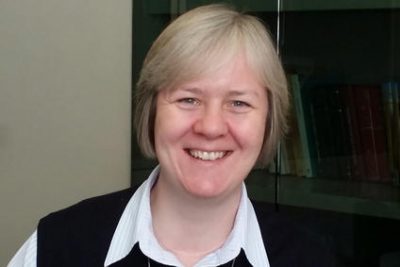 The English and Welsh bishops have appointed Sr Elaine Penrice FSP to the post of director of their National Office for Vocation. The Scottish-born Daughter of St Paul is the first woman to serve in the role.

The Bishop of Middlesbrough, Terence Drainey, who is chair of the vocations office’s management board, said he was delighted to be able to announce the appointment.

“I have worked with Sr Elaine in her role as Religious Life Promoter and as the acting Director of the National Office for Vocation (NOV) over the last few years and I am sure she will continue her innovative work into the future,” he said.

Born in Motherwell in 1972, Sr Elaine joined the Daughters of St Paul after she had completed studies in Art and Design at the University of Dundee. The order was founded by Italian priest Blessed James Alberione in 1915 to help the Church in using modern communication means and methods in evangelisation. Today, the order is active in 51 countries and is part of ‘the Pauline family’ of 10 different religious institutions founded by Fr Alberione.

Sr Elaine spent much of her formation years in Rome, and then in St Louis USA, where she completed her theological studies at St Louis University. She currently works as Productions Coordinator at Pauline Books & Media, and also serves on the leadership team of the Daughters of St Paul, with responsibility for vocations ministry.

“It is both exciting and challenging to be the first woman to take up the position of Director of the National Office for Vocation,” said the Scottish sister. “I thank the Bishops’ Conference for their support and confidence in me.

“In the three years since I began working with NOV as the religious life promoter. I have very much enjoyed being able to support both enquirers and vocations directors. I look forward to developing the work of the office to meet the needs of the Church in England and Wales.”