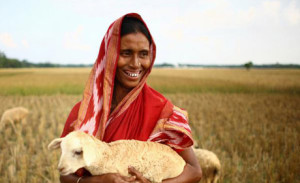 The United Nations has estimated that more than 27 million people in southern Africa may not have enough to eat over the next six months because of poor harvests.

The threat is most severe in Malawi, Zimbabwe and Madagascar.

Two UN agencies, the Food and Agriculture Organisation (FAO) and the World Food Programme (WFP) say drought and flooding over the last growing season are to blame for the current food shortages in southern Africa.

Chimimba David Phiri, FAO coordinator for southern Africa, said that the number of food-insecure people has increased 13% compared to a year ago. The severe El Nino weather patterns forecast for the region will not help.

“We do expect that (in) some parts of the region, we (will) have normal to below normal rainfall. Should it be below, then we can expect a further problem: reduced production for a second season running. I hope it does not get to that. If it does, then the number of food-insecure people will increase. Even those people who were resilient this year will fall into food insecurity next year,” he explained.

The UN agencies say Tanzania is the only country in the region that produced enough in the 2014-2015 season to meet its needs.

South Africa and Zambia will not need to import food only because they have enough in their stocks. The rest of the region will have to rely on imports or international aid. 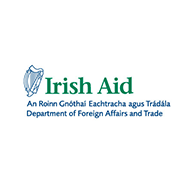 Food security was also in the spotlight last week as Irish Aid attended the Scaling Up Nutrition (SUN) Global Gathering 2015 in Milan, Italy.

Ireland highlighted the need to change how governments and agencies tackle food security and under-nutrition from a global to a more national level in developing countries, through joint programmes across sectors such as health and agriculture.

“As we continue to invest, Irish Aid is keen to champion women’s empowerment, as women are essential drivers of positive change in the fight against global malnutrition and under-nutrition.  Irish Aid also sees adequate nutrition as a key aspect of the resilience of vulnerable households to shocks and climate change,” stated the agency in the context of the Milan meeting.

This is the first 1,000 days from a woman’s pregnancy through her child’s 2nd birthday.

This period lays the foundation for healthy growth, as well as physical and intellectual development. Failure to tackle high rates of stunting undermines future national development.

In key partner countries such as Zambia, Tanzania, Malawi and Vietnam, Irish Aid supports nutrition programmes that educate community members in areas such as infant and child feeding, builds health services better able to prevent and respond to under-nutrition, and encourages the production and consumption of more nutritious crops.

The UN agencies highlighted particular countries such as Lesotho and southern parts of Angola and Mozambique which face food insecurity.

Malawi is experiencing the worst food insecurity in a decade with nearly 2.8 million people reported to be food insecure.

FAO has supported the Government of Malawi in preparing the agricultural section of the national food insecurity response plan.

This included provision of funding for drought-tolerant crops such as cassava, sweet potatoes, sorghum and millet and on supplementary irrigation in order to cope with potential prolonged dry spells.

The agencies report that in Zimbabwe, an estimated 1.5 million people are expected to be food insecure in the coming months after harvests were down by 50% than last year.

FAO is working with the Government to rehabilitate 34 irrigation schemes and increasing rural finance access to 127,000 smallholder farmers to adopt climate smart technologies.

The agency is also providing support to 40,000 smallholder households to engage in commercial livestock production and assisting in distributing vaccines for the foot and mouth disease outbreak in the country.