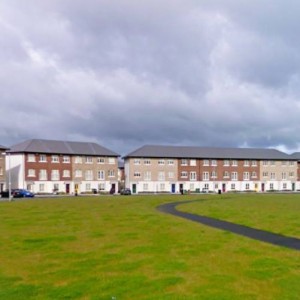 Those who are renting their homes in Ireland, even if they are keeping up with their rent, feel vulnerable and fearful of eviction according to Focus Ireland.

Sixty families renting in Tyrrelstown face eviction as a company, a so-called ‘vulture fund’, seeks to sell their homes.

Focus Ireland stated last week that the present caretaker government has the power to take urgent action in the Dáil to alter legislation so that the landlords’ decision to sell a property is no longer a valid ground for eviction.

Legislation could be brought before the Oireachtas at its next sitting, the charity stated and this would keep families in their homes.

“The hardest hit under this housing crisis are those forced out of their homes – with a record number of more than 5,500 people now without a place to call home. Shockingly one in every three people who is homeless is a child,” warned Mike Allen, Director of Advocacy, as Focus Ireland on Sunday called for urgent action on the crisis.

“Thousands of parents and single people fear losing their homes as they struggle to pay the rent or the mortgage every month. Since Tyrrelstown everyone who is renting, even if they are keeping up with their rent, feels vulnerable. This is an unprecedented crisis but it’s vital to stress that there are solutions to these problems – but they will only be delivered if the newly elected Government recognises that this is a national priority,” he added.

On Sunday (20 March) Focus Ireland launched its 5 Point Plan to Tackle the Housing & Homeless Crisis, which the charity says needs to be at the heart of any new programme of the new Government.

In it, the charity called for a referendum on the ‘right to a home’ and a firm target date for ending family homelessness as well as a commitment to build 40,000 social homes over the next five years.

Focus Ireland said it is vital for all those elected to the Dail to move beyond the soundbyte of “homelessness is unacceptable”.

“The outgoing Government did some work to help prevent families and individuals from becoming homeless and others to move on and secure a home.  However, the actions were neither sufficient nor fast enough to deal with the problems, and in some areas, such as Rent Supplement, they actually helped transform the housing crisis into a homeless emergency,” Mike Allen said. 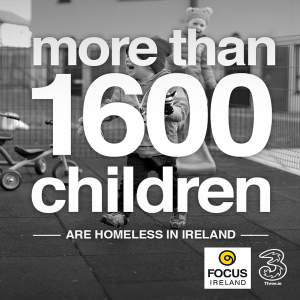 There were 884 families in emergency homeless accommodation in Ireland in January, with a total of 1,830 children.

The number of families that became newly homeless in January and presented to Focus Ireland family services in Dublin alone was a record monthly total of 125, with an additional 9 families returning to homelessness after a brief respite.

The charity has lobbied all parties and key independents and submitted a comprehensive policy document to each outlining very specific actions that need to be taken by each Government Minister in the next Government.

In early March, the organisation had a one-hour meeting with the Taoiseach to discuss responses to the crisis.

Focus Ireland’s 5 Point Plan to Tackle The Housing & Homeless Crisis includes:
– a cast iron commitment to ending the family homeless crisis with a firm deadline to achieve this. This means new measures to prevent families losing their homes and improved measures to help those who are already homeless, many of whom are trapped in hotels or bed and breakfasts in one room with children. This will require a complete overhaul of the Rent Supplement system.
– a commitment to ending long-term homelessness and the need to sleep rough and date for achieving this.
– build at least 40,000 social houses over the next 5 years. 100,000 households are on social housing waiting lists nationwide or one in every 16 households who are in need of social housing.
–  hold a referendum on the ‘right to a home’ early in the term of the next Government.
– commitment to ending the youth homelessness trap. Over 500 young people are trapped in emergency homeless accommodation, with a social welfare rate too low to provide them with a proper home and unable to get a job or training because they are homeless.