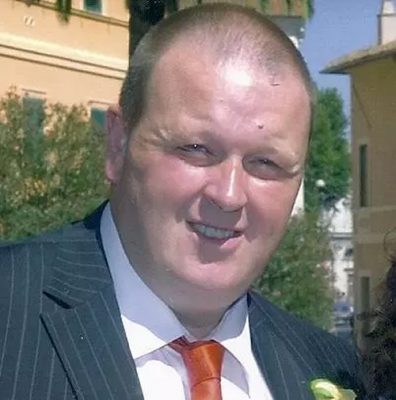 Stephen Marron was a community person for whom “faith and family” played a huge part, according to Gary Carville, Communications Director for the Diocese of Clogher.

Speaking to catholicireland.net in advance of Mr Marron’s funeral, which takes place in Saint Mary’s Church, Castleblayney tomorrow, Mr Carville said “He was very affable, very helpful. He’d do anything for you. He was a community person – no task was too big or too small. His heart was in the community, the parish and the wider community – with sport and hurling and soccer.”

The father of two died after a silver Audi A6 swerved into the back of his parked car on Tuesday night as he sat in his car outside a fast food restaurant on the main street of Castleblaney. He was a deliveryman for the restaurant.

According to CCTV footage and eye witness reports, the force of the impact spun Mr Marron’s car around and it then hit a pole, killing Mr Marron with the force of the impact. A Garda was also injured in the incident. Later the driver of the Audi was arrested and yesterday he was charged with dangerous driving causing the death of Stephen Marron.

Mr Marron (47) worked for over ten years as assistant sacristan at the parish of Muckno in Castleblaney.

“Stephen was the go-to man for everyone in the community of Muckno parish,” said Canon Shane McCaughey, PP. “He was a disciple of Jesus Christ who asks his followers to love God and love neighbour. Stephen bore witness to his faith through the generosity and kindness that he showed to all who were in any kind of need.”

Interviewed on Northern Sound, Canon McCaughey said that Mr Marron was not scheduled to be working on Tuesday evening “but he had planned to take his wife and his children this weekend on a little outing, a special little outing, so he had swapped with one of his colleagues”.

Canon McCaughey said the whole parish was shocked and deeply saddened by the sudden and tragic death of a man who had been such an active member of the parish community – serving as assistant sacristan at Saint Mary’s Church, Castleblayney and Saint Patrick’s Church, Oram. Mr Marron also served as a Minister of the Word at Masses and was a member of the parish safeguarding committee.

“All of us in the parish pray that Stephen may now be in the eternal peace of Jesus Christ, the Risen Lord. We pray too for his wife, their children, his parents and sisters and his many friends; that the Lord may accompany them at this time.”

Mr Marron’s body will be reposing at his parents’ home today, with removal to Saint Mary’s Church, Castleblayney at 10.20 a.m tomorrow, arriving for requiem Mass at 11.00 a.m. Burial will take place afterwards in the adjoining cemetery. He leaves behind him a wife and two young children.