We are fast reaching the tipping point, eco theologian warns 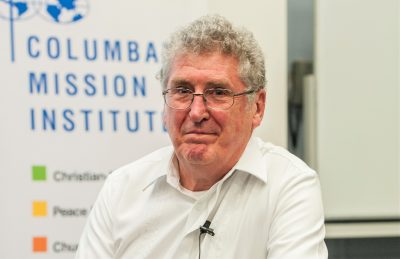 “It is essential that we act now to protect our climate,” eco theologian Fr Sean McDonagh has warned as he stressed that climate change is one of the most serious challenges facing humans and all of the planet’s species.

The Columban missionary made his comments as the 25th UN Climate Change Conference (COP25) was taking place in Madrid. The conference, which opened on 2nd December continues until 13th December, during which time as many as 25,000 people from 196 countries will have visited the conference venue.

COP25 is seeking to bring about effective strategies for implementing the Paris Agreement, a framework of action against climate change adopted by the UN in December 2015.

Organisers hope to lay the groundwork for stronger climate pledges in 2020 to bring emissions and temperatures back into line with 2015 commitments.

In a letter sent to the climate talks, Pope Francis said current commitments to mitigate climate change and alter human behaviour fell short of what was needed.

“We must seriously ask ourselves if there is the political will to allocate with honesty, responsibility and courage more human, financial and technological resources to mitigate the negative effects of climate change,” the pope said in his 4 December letter.

In a statement, Caritas Internationalis said it was taking a “call for unity, solidarity and justice” to COP25, at a time when the Paris commitment to keep global warming below 1.5 degrees was not being observed, and “robust rules” were needed to “ensure transparent and fair counting of carbon emissions reductions” and better protection of indigenous peoples.

Discussing climate change and tipping points, Fr Sean McDonagh noted that, “In 2019, the average global temperature is one degree Celsius above the pre-industrial level.”

The same week, the World Meteorological Organisation (WMO) reported that the concentration of carbon dioxide in the atmosphere had risen to 407.8 parts per million (ppm) in 2018.

This contrasts with the 280 ppm of greenhouse gas in the atmosphere from the end of the last ice age about 11,000 years ago to the beginning of the industrial revolution in 1750.

Fr McDonagh highlighted the point made by the General Secretary of the WMO, Petteri Taalas, that the last time the earth experienced comparable concentrations of carbon dioxide in the atmosphere was three to five million years ago.

At that time the global temperature was two to three degrees Celsius warmer and the sea levels were 10 to 20 metres higher than they are now.

The WMO has said that this continuing long-term trend means that future generations of all species will be confronted with increasingly severe impacts of climate change, including rising temperatures, more extreme weather, sea level rise and the massive destruction of biodiversity, Fr McDonagh stressed.

“Taalas bemoans the fact that we do not have enough political will, nationally and internationally, to combat climate change. Despite the promise made by governments at the Paris Agreement in 2015, countries will have to increase their level of ambition for the sake of the future of humankind and all other species,” he stated.

Meanwhile, researchers writing in the journal Nature have questioned whether planet Earth has passed a series of tipping points on climate change.

Tipping points are reached when the impacts of global heating become unstoppable in terms of the runaway loss of ice sheets, destruction of forests or rising ocean levels.

According to Fr McDonagh, “Until recently, scientists believed that it would take a rise of 5 degrees Celsius above the pre-industrial level, to breach tipping points.”

However, recent research suggests that this could happen with a two degree Celsius rise.

He explained that a tipping point for the melting of the Greenland ice sheet could see it dumping huge amounts of cold fresh water into the north Atlantic and thereby collapsing the Gulf Stream. As a result, Ireland’s winters would be much colder.

At the Madrid conference, he said, some will argue that compensation should paid to poorer countries like Bangladesh who are experiencing impacts of climate change through no fault of their own, because their greenhouse gas emissions are minimal in contrast to the United States and the EU.

“One metre sea level rise will have a devastating impact on Bangladesh.”

“We now know that climate change is one of the most serious challenges facing humans and species on planet Earth. Unless we reduce greenhouse gas emission drastically in the next 10 years, we will certainly reach a tipping point that will devastate our environment and make it much more difficult for humans and other creatures to live well into the long-term future,” the theologian warned.