Home > Featured > “Farmers are good stewards of the landscape”

“Farmers are good stewards of the landscape” 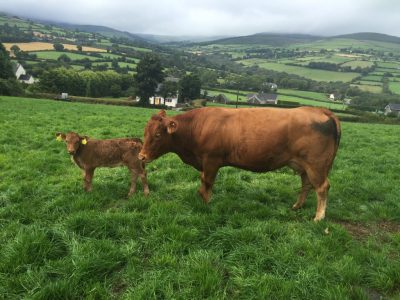 Ireland’s foremost climate scientist has said he does not believe in “shaming farmers” but he does believe in shaming some of the agro companies that “are not supplying them (the farmers) with adequate recompense for their produce”.

Addressing 300 delegates, the Taoiseach acknowledged that carbon emissions from the agriculture sector in Ireland had gone up over the past two years.

“I very much believe and I very much want farmers to be part of the solution when it comes to climate change and climate action rather than being targeted as part of the problem as you so often are,” Mr Varadkar told the conference.

Speaking to CatholicIreland.net after his presentation on ‘Climate Change: Where Are We Now?’ to a conference organised by the Columban Ecological Institute in Daglan Park last weekend, Professor Sweeney commented, “Farmers are good stewards of the landscape.”

Professor Sweeney said some individual farmers are great and added, “I have nothing but admiration for them. I just wish that they had been led better in terms of the reform of the Common Agricultural Policy.”

He also noted that some of the obligations signed up to by politicians in 2008 were now being described by the same politicians as too severe. 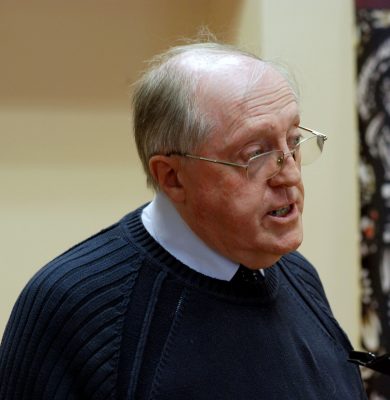 “Politicians have to provide a pathway for sustainability. Individuals can then make choices that help along that pathway but nobody should be shamed into doing that.”

In a message to the Taoiseach he continued, “The politicians are the people who have been inactive in the past 10 years. The onus should be on them to provide leadership for the next decade to allow us reach our objectives.”

Asked about the Taoiseach’s comments in response to the climate crisis in which he suggested that it should not be presented as a catastrophe but an opportunity, Professor Sweeney accused Mr Varadkar of “putting too much spin on it”.

“There are benefits which will come from climate change in terms of slightly milder winters and maybe extra tourism in the summer but those are very minor compared to the problems that it will create,” he warned, including flooding and a decline in biodiversity.

He said he would like to see Ireland signing up to the EU Commission’s proposal for an increase in the reduction in emissions required by 2030 from 40% to 55%.

“Many of our European partners have signed up to this; we are currently sheltering behind the more intransigent ones. I would like to see us taking a leadership position rather than a laggard position on this.”

“I would also like to see the climate action plan being strengthened and the dates set for things to happen being brought forward to reflect the seriousness of the situation. I would like to see politicians being forced to better consider the climate impacts of their decisions, such as their development plans for critical infrastructure so that we are not passing on the climate costs to the next generation.”

In his address at Dalgan Park Professor Sweeney outlined the impact of climate change on Ireland. One of the main drivers in the decline in biodiversity is climate change, he said and added “we are seeing biodiversity decline faster now than at any time in human history” with a cost for habitats such as marchlands and bog lands.

He highlighted that there are just 160 breeding pairs of curlews left in Ireland now and warned “they are going to be the next casualty of climate change”.

Another speaker, Dr Lona Gold, author of ‘Climate Generation’ noted that Friday 6th December marked the first anniversary of the founding of the Climate Strike Movement in Ireland which sees thousands of schoolchildren participate in protests every Friday calling for action on the climate crisis. 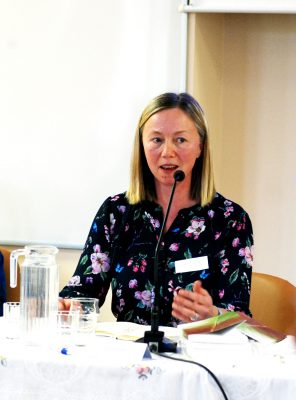 At the conference in Dalgan on 30 November, Dr Gold told over 70 delegates, “It has been an incredible year in some ways.”

She added that the climate strike movement had changed the dynamics of public understanding of climate change.

Young people in particular, she said, have a very high level of awareness and understanding and scientific knowledge of the issue.

They have changed the narrative, she suggested, which has moved out of the economic sphere and into a moral debate about what are the current generation prepared to do to save the future of the younger generation, including their own children and grandchildren, nephews and nieces.

“I think that young people have really put it up to us as a generation in terms of that IPCC mantra: ‘Every action counts, every choice we make counts, every bit of warming counts’ and are asking us what we are prepared to do?”

She said the climate strike movement had “grown dramatically in Ireland after a slow start before Christmas 2018”.

Dr Gold asked how do those children who are mobilised find their voice in this climate debate?

She also noted the “dramatic growth” in the non-violent direct-action group Extinction Rebellion movement in Ireland and beyond, whose actions are a statement that “we need to be prepared to put our bodies on the line in order to safeguard the future”.

This interest in the climate issue which has grown dramatically is rooted in communities and dominated by young people and the retired, she noted.