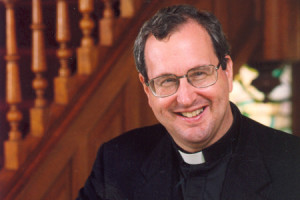 The well known Catholic apologist and scientist, Fr Robert Spitzer, is to address a conference in Dublin in mid October on the evidence in contemporary physics for God.

Fr Spitzer, a physicist, is a founder and President of the Magis Institute, a non-profit organisation dedicated to public education concerning the complementary relationship among the varied disciplines of physics, philosophy, reason and faith.

The weekend conference at University College Dublin (Saturday & Sunday 12th-13th October) at the Astra Hall is titled, “Science, ‘Dark Energy’ and God, What’s really going on in the Cosmos? – The Evidence for Contemporary Physics for God.” This will be the American Jesuit’s first visit to Ireland.

In his book, “New Proofs for the existence of God”, Fr Spitzer addresses questions such as – Is Christianity compatible with evolution theory? Can evolution theory and the latest developments in physics stand on their own without the need of a creator, as Stephen Hawking argues? Is God a “delusion” as Richard Dawkins believes?

Among many highlights on Fr Spitzer’s CV, he has produced seven television series for EWTN. They are: Healing the Culture, The Spirit of Catholic Leadership, Suffering and the Love of God, Finding God through Faith and Reason, Five Pillars of the Spiritual Life, Jesus-Emmanuel, and The Heavens Proclaim the Glory of God.

Mass will be celebrated on both days of the Dublin conference and on the Saturday, the chief celebrant will be Archbishop Charles Brown, the Apostolic Nuncio to Ireland.

Fr Spitzer is a retired President of Gonzaga University in Spokane, Washington. Apart from his interest in Faith and Reason (the Magis Center) Fr Robert is also the founder of six other institutes.

One of these is the Spitzer Center for Ethical Leadership. Fr Robert has been engaged as a consultant and speaker by more than 300 business and religious organisations around the world. He has been a consultant to many companies including the Boards of Boeing and Toyota.

He has made multiple media appearances including: Larry King Live (debating Stephen Hawking on modern physics and God) and the Today Show (debating on the topic of active euthanasia).

His books include, The Spirit of Leadership: Optimizing Creativity and Change in Organizations; Healing the Culture: A Commonsense Philosophy of Happiness, Freedom, and the Life Issues; Five Pillars of the Spiritual Life: A Practical Guide for Active People; New Proofs for the Existence of God: Contributions of Contemporary Physics and Philosophy and Ten Universal Principles: A Brief Philosophy of the Life Issues.

The UCD conference schedule is as follows:

Saturday 12 October: Theme of the Day – Reason, Science & Faith including Why does God allow suffering?

The New Historical Evidence for the Resurrection and Miracles of Jesus

There will be time for Questions and Answers on both days after each talk.