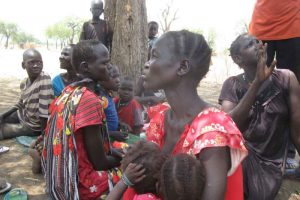 Famine has been formally declared in parts of South Sudan by the United Nations.

After the general audience yesterday (22 February) in St Peter’s Square, the Holy Father spoke of South Sudan and said:

“Of particular concern is the painful news coming from suffering South Sudan, where a fratricidal conflict is compounded by a severe food crisis in the Horn of Africa region, which condemns to death by starvation millions of people, including many children.”

Pope Francis urged people to “commit not to stop at making statements, but also to provide concrete food aid and to allow it to reach suffering populations.”

Irish aid agency Trócaire has stated that this is the first famine to be announced in any part of the world in six years. The agency added that the 100,000 people living in the two states where famine has been declared do not have enough food for “today, or tomorrow, or next month”.

Approximately five million people in the entire country of South Sudan also need emergency food aid. Millions more are in need of humanitarian support in Somalia and parts of Ethiopia and Kenya due to drought.

“The situation has been getting steadily worse over the last few months. The last rainy season failed; that was October to December. So when the rains fail it has a big knock-on effect leading to no harvest. We’ve noticed a very significant deterioration in the last few months, but then on Monday the UN confirmed that,” said Eoghan Rice, International Communications Officer, Trócaire. 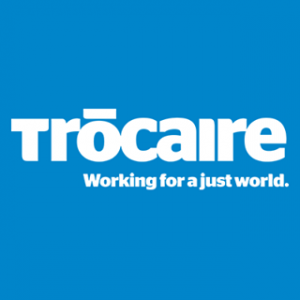 He explained that the UN uses a five-tier classification system to describe the severity of hunger, and famine is the worst. A lot of South Sudan comes under the next worst level, just behind famine.

“The concern is that if the next rains are not sufficient that those areas will also enter into famine in the coming weeks. The numbers affected could get a lot worse between now and July,” said Eoghan Rice. He explained that the rains, which normally come between February and June, are expected to be very weak.

“Add to that the fact that two million people have been displaced due to conflict and they do not have access to their own land. They have been pushed off their own farmland, so that means those people are going to be badly impacted,” he said. “So it [the cause of famine] is a mixture of the drought and the conflict.”

The United Nations has stated that war and a collapsing economy have left 100,000 people facing starvation there and a further one million people on the brink of famine.

“Many families have exhausted every means they have to survive,” said Serge Tissot, the Food and Agriculture Organization (FAO) Representative in South Sudan, in a news release issued jointly with the United Nations Children’s Fund (UNICEF) and the World Food Programme (WFP). He explained that farmers have lost their livestock and even their farming tools.

Famine is currently affecting parts of Unity State in the northern-central part of the country. A formal famine declaration means people have already started dying of hunger.

The situation is the worst hunger catastrophe since fighting erupted more than three years ago between rival forces – the Sudan People’s Liberation Army (SPLA) loyal to President Salva Kiir and the SPLA in Opposition backing First Vice-President Riek Machar.

The three UN agencies warned that urgent action is needed to prevent more people from dying of hunger. According to the Integrated Food Security Phase Classification (IPC) update by the government, the three agencies and other humanitarian partners, 4.9 million people – more than 40 percent of South Sudan’s population – are in need of urgent food, agriculture and nutrition assistance.

The total number of food insecure people is expected to rise to 5.5 million at the height of the lean season in July if nothing is done to curb the severity and spread of the food crisis.

“We have also warned that there is only so much that humanitarian assistance can achieve in the absence of meaningful peace and security, both for relief workers and the crisis-affected people they serve,” said WFP Country Director Joyce Luma.

Trócaire has teams working in South Sudan, and the three other affected countries –  Somalia, Kenya and Ethiopia.

The Trócaire Lenten campaign will be launched next week and funds raised through this collection will contribute towards fighting the famine. To contribute, see: www.trocaire.org.