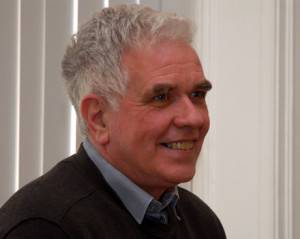 The Jesuit campaigner on homelessness, Fr Peter McVerry, has said he does not get the impression that the Government fully appreciates the scale and seriousness of the housing and homelessness crisis.

In an article in the most recent issue of Working Notes, the journal of the Jesuit Centre for Faith and Justice, the Jesuit warns that the crisis is having “a devastating impact” on many people in Ireland today, including children.

Elsewhere in his article, Fr McVerry argues, “Homelessness is now worse than at any time in recent memory.”

“Many of the ‘new homeless’ have never been homeless before, and until this current crisis would never for a moment have thought they could become homeless”, he states.

Noting the spike in homelessness in the past couple of years and, in particular, the increase in the number of families experiencing homelessness, he explains that in March 2015, there were 411 families, including 911 children, living in emergency accommodation in Dublin, and a further 60 families, including 143 children, in such accommodation elsewhere in the country.

Fr McVerry also points out that the number of families in emergency accommodation in Dublin rose by 220 percent between November 2013 and March 2015.

Discussing the unsuitability of emergency accommodation for families with children, the priest says it means the family having to live in one room, with no access to cooking facilities, no quiet place for children to do their homework and no place for them to play.

He highlights that the two primary escape routes out of homelessness – housing provided by a local authority or voluntary housing body, and private rented accommodation – are now effectively blocked for many people.

The failure to devote adequate attention and resources to ensuring an adequate supply of social housing “is not a consequence of the recession; it existed during the years of the economic boom when budget surpluses would have allowed significant spending on social housing had successive governments so wished”.

In the private rented sector, demand now far exceeds supply, a situation that reflects both the failure to provide a sufficient number of social housing units and the reality that home ownership is now out of reach for many households.

The result is a sharp increase in rents especially in urban areas, and so those on lower incomes, and particularly those dependent on Rent Supplement, are unable to afford the rents demanded.

Fr McVerry argues that the measures so far taken in response to the housing and homelessness crisis, while welcome, fall far short of what is required given the scale of the crisis.

Commenting on reports that the Government is intending to act to control rents on a temporary basis, he says, “I welcome this measure which may go some way to preventing the situation deteriorating further.”

However, Fr McVerry adds, “Overall, I do not get the impression that the Government fully appreciates the scale and seriousness of the housing and homelessness crisis which is having such a devastating impact on so many people, including children, in Ireland today.”

“There is now much talk about how the Government will have the scope to allocate an additional €1.5 billion (or even more) in the October 2015 Budget. Given the continuing – indeed growing – crisis of homelessness, the allocation of surplus funds to tax cuts, some of which will benefit the better off, has to be questioned from an ethical perspective.”

Another contributor to Working Notes, Fr Gerry O’Hanlon SJ, points out that during Ireland’s economic boom housing came to be viewed as ‘a commodity, to be traded like stocks and shares’; in other words, the values of the market predominated.

The theologian and staff member of the Jesuit Centre for Faith and Justice, notes that housing is a basic need, and right, of every person – and that Pope Francis has referred to housing as a ‘sacred’ right.

These articles are published in Working Notes, Issue 76, ‘A Dysfunctional Housing System?’ and are available on the websites of the Jesuit Centre for Faith and Justice: www.jcf.ie and www.workingnotes.ie

The Jesuit Centre for Faith and Justice works to promote social justice by fostering an understanding of public issues through social analysis, theological reflection and advocacy.