Home > Featured > Family was the centre of Stephen Marron’s world

Family was the centre of Stephen Marron’s world 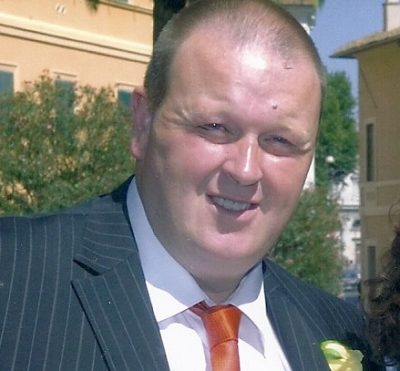 A much-loved member of St Mary’s Church in Castleblayney was farewelled on Saturday at the church where had had been an integral part of the community.

Stephen Marron, a father of two from Drumillard, Castleblayney, died on Tuesday night. He was sitting in his parked car on the main street of Castleblayney when he was hit by another car.

The chief celebrant at Mr Marron’s funeral, Canon Shane McCaughey, told mourners that his death had caused much heartache and grief for his family and the community.

In his homily, Cannon McCaughey said family was so important to the father of two – it was “the centre of his world”.

He revealed that the only reason Mr Marron was working on Tuesday night was because he had planned an outing with his wife Helen and his two children this weekend.

Referring to the Gospel reading for the funeral Mass – the meeting with the Risen Christ on the road to Emmaus – he told the hundreds of mourners, it was their story too.

“We are gathered in St Mary’s Church, Castleblayney, today to grieve the loss of a husband, a parent, a son, a brother, an uncle, a colleague, and a friend, but also to give thanks for the life of Stephen Marron. Someone who was so important to our lives in so many different ways. Someone whose presence was so life-giving and now is dead.”

He highlighted that Mr Marron had assisted both in St Mary’s, where his parents were regular daily Mass-goers, and in St Patrick’s parish in Oram.

He had recently assisted Canon McCaughey at the removal and funeral Mass for the late Mary Forde, who was also killed in a car accident.

“It is difficult to list all the things he did for the parish. From selling tickets to delivering envelopes – no task was too awkward nor no challenge too great. He was a Minister of the Word here and collected the readings for December on Monday. He was a regular attender at Mass with the children.

“Last Saturday evening he took up the World Meeting of Families collection, while little Franco was assisting me by imitating my signs and actions.”

Stephen Marron was the first chairperson of the Parish Safeguarding Committee at St Mary’s, and was also the assistant sacristan.

“In the Gospel, St Luke recounts the wonderful story of the disciples on the road to Emmaus and the fact of the Resurrection. These combine to give us a reassurance today that although Stephen has now gone from us, he is now with God. His faith and his humour and his friendships will live forever in your hearts,” Canon McCaughey said.

Mr Marron is mourned by his wife Helen and their two children, his parents Frank and Josie, his sisters Elizabeth and Maureen, uncles, aunts, relatives and many friends.

Before the liturgy began, symbols representing the many qualities of Stephen’s life were brought forward by his children Andrea and Franco, his sisters Maureen and Elizabeth, Helen’s father Liam, and his wife Helen’s aunt Shirley.

These included two family photos, a plaque which was to be a Christmas present from his children, a Castleblayney hurling jersey, a Blayney Rovers soccer jersey, and a hurley and sliotar.