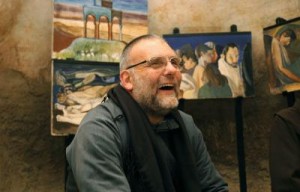 A fresh appeal has been made for information about the whereabouts and well-being of Italian Jesuit, Fr Paolo Dell’Oglio, who was abducted in Syria exactly a year ago today.

Fr Dell’Oglio was apparently captured near the Syrian city of Raqqa on 29 July 2013.

No clear information has emerged since about his captors, his whereabouts, or his condition.

In the message, the priest’s family appealed to those responsible for his kidnapping, “One year has already passed since we last knew of our son and brother Paolo, priest, Jesuit, Italian, who disappeared in Syria on July 29 2013.”

The statement continued, “This has also been a long time, too long, for a land ravaged by war and infinite suffering like Syria.”

They appealed to those responsible for “the disappearance of a good man, a man of faith, a man of peace, to have the dignity to let us know of his fate.”

“We would like to once again hold him in our arms, however we are also prepared to mourn him.”

One year after his disappearance, many of us will be praying for him and standing by him, as we will be doing for those who have been kidnapped, unjustly detained and for the many who are suffering because of this war.”

They also asked for prayers for Fr Dell’Oglio and for those who have been kidnapped, unjustly detained and for the many who are suffering because of this war.”

The video message of their plea can be seen at: https://www.youtube.com/watch?v=U3MMoCGrggE&feature=youtu.be