Home > News > First Families First calls for No in Referendum

First Families First calls for No in Referendum 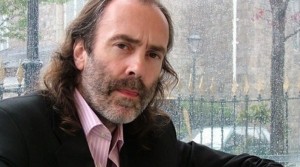 The risk in the marriage referendum relates to the changed constitutional definition of family that will arise from the amendment according to new No-to-the-amendment group, First Families First.

Established by author and columnist John Waters, former MEP Kathy Sinnott and occupational psychologist Gerry Fahey, the group is championing the rights of existing families – married, unmarried and single parent – against the hidden consequences of the same-sex marriage amendment.

They propose their own ‘essential  amendment’ to safeguard children and families.

At its launch yesterday (Friday 1 May) in Dublin the group said that the amendment as it stands “would amount to an act of vandalism against the Constitution”.

First Families First explained that in the event of a marriage breaking down and one of the heterosexual parties becoming homosexual and marrying another homosexual, that new homosexual partner would have more rights to a child than its own biological parent. 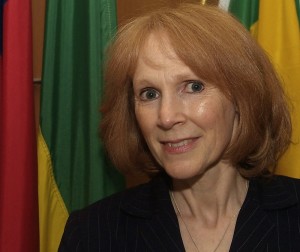 “We have different views on the substantive question of same sex marriage,” journalist John Waters told the press conference.

“It is necessary to install in the constitution a guarantee of the fundamental rights of children and parents on the basis of natural procreative activity.”

The change to Article 40.3.1 advocated by the group is as follows (new section in italics):

John Waters told CatholicIreland.net that the group had been formed because no other group was making their arguments.

“This is not something abstract. [If the amendment passes] they will be dealing with technical questions of law in the family court that will be at the cutting edge.”

These people who are voting in the referendum, may be the same people bringing cases in the family law courts in the future. “You could be voting away your own or your children’s rights,” he said.

At the press conference, Mr Waters said there had been no debate so far.

“The climate in place is very damaging to debate. People are reluctant to speak out. There is a tendency to blaggard people who raise or air questions. Ipso facto you are a homophobe.”

Meanwhile, the call by the IDA for a Yes vote in the referendum has been described as “completely unacceptable” by David Quinn of The Iona Institute.

The head of the IDA said a Yes vote would be “good for business”.

“By intervening in the referendum in this way, the IDA is stepping far outside its proper remit,” said Mr Quinn.

“It is simply risible for it to pretend that its brief to improve Ireland’s economic prospects gives it permission to do this. Many major economies do not have same-sex marriage and there is no evidence that this affects them in any way,” he said.