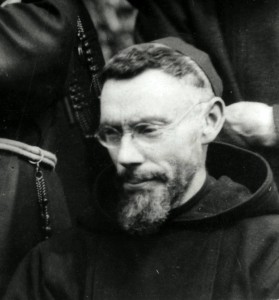 A new book on the faith of the executed leaders of the 1916 Rising reveals how strongly they believed in the justness of their actions and their strong faith as they faced the firing squads.

Launched at the Capuchin Friary in Dublin on Wednesday evening, ‘The End of All Things Earthly’ has been produced by Limerick Diocese to mark the centenary of the Rising.

The 95 page book comprises short detailed faith profiles of the leaders of the 1916 Rising from Roger Casement to Patrick Pearse, providing a glimpse of the general faith interaction of leaders, including in the final moments before their execution.

Explaining the aim of the book, Bishop Brendan Leahy said, “The question of how faith and armed rebellion can be compatible has exercised much conversation from the time of the Rising to, indeed, the present day.”

However, he said the book does not seek to adjudicate on this but, instead, to give a sense of what faith meant to the Leaders.

The book reveals that Joseph Plunkett’s last words to Capuchin Friar Fr Sebastian O’Brien were, “Father, I am very happy. I am dying for the glory of God and the honour of Ireland.”

Published by Veritas, the book was launched by Bishop Brendan Leahy of Limerick, who initiated the project, and Capuchin Fr Brian Shortall.

The venue was chosen due to the Capuchin priests’ central role in the negotiation of peace in 1916 and with clergy there also having ministered to the leaders before their execution.

Edited by Limerick Diocesan archivist David Bracken, ‘The End of All Things Earthly’ has contributions from 18 academics on this aspect of the leaders’ lives and also includes personal letters and testimonies of the leaders, as well as rarely seen photographs and transcripts.

Speaking ahead of the launch, Bishop Leahy said, “The Rising Leaders clearly had varying degrees of faith.  But what is striking is the closeness with God in the final moments before execution, including for those with little Catholic faith prior to this.”

Archivist David Bracken commented, “There are deeper and much more detailed writings on the leaders, of course, but this book is focused, in particular, on the spirituality of the executed leaders.”

“The contributors were asked to write very concise pieces for the general reader, focusing on an event, relationship or item as a point of departure for their particular piece. We didn’t seek to address some of the more contentious issues around the rising, including whether or not was the bloodshed in any way justified, but sought, instead, to look at one strand, their faith.”

“We engaged academics and archivists to do this and without their help and enthusiasm, it would not have been possible.”

The book includes vignettes on 16 of the leaders, including those with Limerick links, Con Colbert and Edward Daly (both natives of Limerick) and Seán Heuston, who lived on O’Connell Street for a period.

The book touches on areas such as:

Separately, at their Spring General meeting in Maynooth, which concluded on Wednesday, the Irish Bishops’ Conference said the centenary of the Easter Rising marks the watershed moment of the country’s political history.

In a statement issued yesterday evening, the bishops said, “This pivotal anniversary provides an opportunity for us to deepen our understanding of who we are as a people and to affirm our hope for lasting peace and justice.”

“We will be able to reflect on where we are as a society and on what we want to achieve for the future.  People of faith will shape their understanding of this transformative event in the context of Christian values such as love of neighbour, respect for life, reconciliation, hope and healing.”

On 3 April at 11am, Archbishop Diarmuid Martin will participate in an inter-faith prayer service in Glasnevin Cemetery in Dublin commemorating all those who died in the events of Easter week 1916.

The service will focus on the Easter Rising (24 to 29 April 1916) and the executions that followed in May and August of that year.

The prayer service will take place alongside marble plinths bearing the names of those who died, including children, rebels, civilians, soldiers and policemen.

An Taoiseach will attend and leaders of several Christian Churches and the Jewish and Muslim faiths from all parts of the island will also participate.

There will be inputs from young people from each faith tradition. Music from the ceremony will be provided by the Army Band and the event will be broadcast live on RTÉ One television.

Archbishop Eamon Martin will be principal celebrant and Archbishop Diarmuid Martin will preside and preach the homily at the Annual 1916 Mass of Remembrance in the Church of the Sacred Heart – the church of the Defence Forces – in Arbour Hill, Dublin on Sunday 24 April, exactly one hundred years since the day of the Rising in 1916.

President Michael D Higgins will attend the Mass as will members of the government and the judiciary as well as relatives of those executed following the Rising.

The Mass will be broadcast live by RTÉ from 10am.

Following the Mass an inter-faith prayer service will take place in Glasnevin Cemetery.  The adjacent military cemetery is the resting place for fourteen of the executed leaders of the Rising including Pádraig Pearse, James Connolly and Major John McBride.