Extended play for The Pope Video

The Pope Video, an initiative of the Apostleship of Prayer for last year’s Jubilee Year of Mercy, has proved extraordinarily popular around the world and will now continue for at least another year, the project’s international director Fr Frédéric Fornos told CatholicIreland.net.

However, the initiative will now focus on an aspect of missionary life every alternate month, as well as the Pope’s monthly intention. The format is simple but appealing. The videos, which are between one and two minutes in length, feature the Pope sitting at his desk praying for his intention, intercut with footage illustrating an aspect of what he is praying for.

Last year these intentions included: that the scandal of child soldiers be eliminated the world over; that sports may be an opportunity for friendly encounters and may contribute to peace in the world; that the countries which take in a great number of refugees may find support for their efforts; that small farmers may receive just compensation for their work; and that, in every country, women may be honoured and respected. 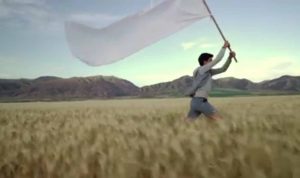 “But the true audience is much bigger than that because people then spread the videos through their own social media and through things like WhatsApp. Many parishes, schools and youth groups show the videos as part of their daily or weekly prayers. There are several audiences who show the Pope Video before they start any meeting. The audience is enormous. The Pope’s Worldwide Prayer Network is possibly the largest prayer group in the world. It is present in 98 countries and has more than 35 million Catholic members, but many more people watch the Pope Video.

“The idea is to help people know the Pope’s intentions, to pray for them and to act for them. These intentions are challenges that confront humanity and the mission in the Church.

“In the videos, the Pope speaks in Spanish, because that is his own language and that is the best for him to use when speaking from the heart. Then we have seven other language versions that are subtitled in English, Dutch, French, Italian, Portuguese, Chinese and Arabic.”

The editorial board for the videos includes Christians of other denominations, as well as a Muslim Imam and a Jewish Rabbi.

“The project would like to connect with people from other religious traditions and with non-believers,” said Fr Fornos, who trained in the visual arts, including comic books, before deciding to enter the Jesuits.

“We think that in a world where so many things divide us, or try to divide us, it is essential to work together. We can think differently, believe differently, but work together for the great challenges of humanity that concern all of us. The Pope’s intentions are universal so, in the videos, we use a universal visual language that all people can understand.”

The Apostleship of Prayer (AP) dates back to 1844 when it was founded in a Jesuit seminary in Vals in France, where students were encouraged to offer each day to God. This became known as the daily offering and was promoted across the world by the much-loved publication The Messenger of the Sacred Heart, which was first published in 1861.

It was Pope Leo XIII, in the 1880s, who had the bright idea of announcing a prayer intention every month to go with the daily offering, and Pope Pius XI added the monthly missionary intention to the offering in 1929.

Now Pope Francis is leading the initiative into the electronic age. “I think previous popes were also very aware of the power of the electronic media,” said Fr Fornos. “However, [Pope Francis] is a man who believes in building personal relationships and he is open to all media that can help to reach the heart of women and men today. He likes this project and he asked me to continue it for another year.”

The videos can be viewed here: https://www.catholicireland.net/category/popes-videos/.