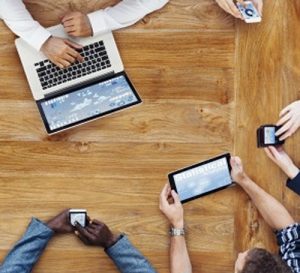 Social media is addictive because of the human need for affirmation, according to the founder of SMART NI, a digital education company. “It’s that need for instant gratification – that ‘Oh, you look lovely’,  ‘Look at your holiday’, ‘Oh don’t you have a wonderful  life’,” Naomh McElhatton told Today with Sean O’Rourke earlier this week.

Constantly checking your phone and various social media accounts leads to a “blurring of lines” between what is real life, and what is not, she said, recounting the story of a girl who pretended she travelled around the world, posting pictures of herself on Instagram.

“She plotted and planned it from her bedroom as a bit of research” to illustrate fake news. “I think that’s where the problem lies, that people are deluded now and there is this massive wave of narcissism – the selfie, the good look, always the filters and I think that’s where the health consequences are starting to show, with the mental health issues.”

While social media channels are a great way to grow businesses, Ms McElhatton said, they put huge pressures on people. “People have this fantasy land where the online world is much more glamorous.”  Millennials like herself are under pressure to have the perfect life, body, holiday, car, family, and look. “I think that when they wake up and find out that the reality is very different to the online world – that’s when people are really going to feel crap.”

Social media was also a major contributor to marriage breakup, she said. “I was speaking to a friend of mine, a solicitor and she says the number one reason for separation and divorce is that people meet other people on social media and that’s the reality of it. We fall in love with old flames or we connect with somebody who’s much more attractive across the online world than our partners in the real world.”

Advising parents to lead their children by example, she said parents could be the the biggest culprits. “So Mummy is on the phone, kiddie will be on the phone. But the problem about the kids getting up at 2.00 a.m. in the night to check their phone is that of course then they go to bed buzzing and can’t get to sleep. They wake up the next day completely exhausted. They are going to school wrecked. They are not concentrating. They are probably not performing as best they can at school. And so their confidence is knocked. It’s a whole cycle.”

Quoting a phrase she heard at a recent conference, the Director of Digital Education at SMART NI said people needed to “Be where your feet are. Like you and I are having a conversation now. We are where our feet are.” 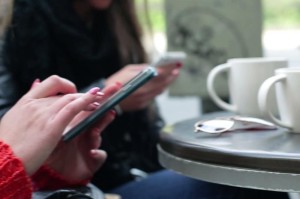 Supporting the raising of the digital age of consent to 16, she advised that the first step in breaking the hold of social media is “to admit the fact that we are guilty, to have a phone free area and to actually detach. If you go outside to read a book in the sun, leave your phone in the house. You are not going to miss anything. Have a time out. When you go for a family dinner, leave all the phones and iPads in the car. And have those lovely engaging conversations.”

Practical suggestions by the site founded by digital entrepreneur, tech ethicist and author Tanya Goodin include buying an alarm clock to avoid having your smartphone in the bedroom; taking out a camera so as not to be tempted to use the phone for photos; doing mindful exercises in the two days of digital diet to keep the mind away from the phone; getting out in nature and encouraging other family members and friends to do the same so you support each other.

Figures from the website show 80 per cent of smartphone users say checking their phone is the first thing they do in the morning. It has also been revealed that the average user logs 2.15 hours a day on social media. In Ireland 64 per cent of people have a Facebook account, according to the IPSOS MRBI social networking tracker report.