First ever European Year for Development 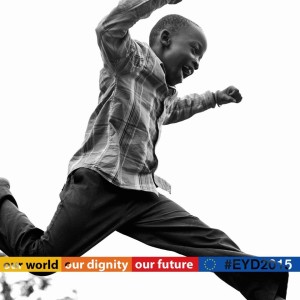 President Michael D. Higgins is to launch the first ever European Year for Development (EYD) on 22 January.

At a major conference in Dublin Castle, the President will mark the opening of the year, which will involve a number of awareness-raising activities across Ireland and the 28 EU member states.

The year will be “seminal” in terms of expected events and decisions according to Sharan Kelly, CEO of Tearfund Ireland, and Chairperson of the NGO sector’s umbrella group Dóchas which has been chosen to coordinate the Irish action plan for EYD.

“During the year, two United Nations summits will effectively define the future of humankind. In September, the UN will agree new goals – a new “Sustainable Development Framework” – to tackle poverty, inequality and environmental destruction. In December, the Climate Change summit in Paris will set new climate action targets, to replace the Kyoto Protocol,” she said.

“These summits will have binding consequences for Ireland’s own development in a number of policy areas, including energy, transport, agriculture and environment.”

Irish NGOs will use the year to spread awareness of the importance of these global decisions, and to encourage people in Ireland to take action, and to think of themselves as change makers.

“‘Development’ is not just about overseas aid,” said Sharan Kelly. “It is not about ‘what we give’ but about ‘how we live’. It is about creating a change in people’s lives, and there are many ways in which you can do this. The breadth of global issues is such that there is scope for myriads of initiatives.”

Key Irish events during the year include:
– Event on 16 January involving the European Parliament Information Office in Ireland, Dóchas and Concern where a booklet will be launched containing contributions from all 11 Irish MEPs on their visions of development, and new sustainable development goals that are to be adopted at European and worldwide level.
– Conference on 22 January at Dublin Castle
– Institute for International and European Affairs (IIEA) Development Matters lecture series

The EYD motto is “Our world, our dignity, our future”.

In Europe action kicks off with the opening ceremony on 9 January in Riga. On 15 January, members of the public are invited to take part in a call-to action by making a #NewYearNewWorld resolution and committing to this resolution through social media.