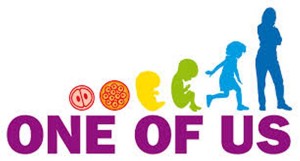 The Pro Life Campaign has strongly criticised the European Commission over its decision not to take any legislative action to prevent EU funding of destructive research on living human embryos.

On Wednesday the Commission formally rejected the One of Us petition which was signed by almost 2 million people from 20 EU Member States calling for legislation to be enacted to ensure no EU funds are spent on destructive embryonic research.

The names on the One of Us petition were collected in accordance with the requirements of the European Citizens Initiative (ECI) which following the Lisbon Treaty is the formal way for people in EU Member States to petition the European Commission recommending legal changes.

The European watchdog, European Dignity Watch said that although the European Commission was under no obligation to follow requests made through an ECI,” it makes a fool of itself if it shoots down a democratically backed request that is in line with European law.”

“However, the Commission chose to ignore the demand of almost two million citizens by rejecting the most successful ECI ever and preferred to impose its own political will. Thus, the entire ECI mechanism becomes a farce. This is precisely what has happened today with One of Us,” it said in a statement.

In its statement, the European Commission said that after having met with the organisers of the initiative and studied their request, it had decided “not to submit a legislative proposal, given that Member States and the European Parliament have only recently discussed and decided EU policy in this regard.” 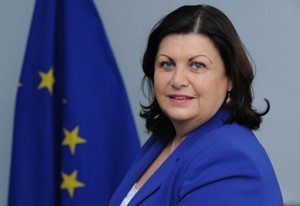 Máire Geoghegan-Quinn, European Commissioner for Research, Innovation and Science, said the Commission had engaged with this Citizens’ Initiative and given its request “all due attention”.

She went on “However, Member States and the European Parliament agreed to continue funding research in this area for a reason. Embryonic stem cells are unique and offer the potential for life-saving treatments, with clinical trials already underway.”

“All of the major medical breakthroughs in recent years have been in the area of ethically-sound research yet much of the hype has centred around embryonic stem cell research which destroys human life and has resulted in no significant medical or scientific advances,” she said.

She said the “dismissive, undemocratic” attitude of the European Commission towards the initiative was “most disappointing”.

“Two million people from 20 Member States signed the petition in the hope that the European Commission would give it serious consideration and show that the European Citizens Initiative (ECI) was a meaningful and worthwhile way to engage with the Commission,” she said.

She went on: “It is wholly unacceptable the manner in which European Commissioner for Research, Innovation and Science, Máire Geoghegan-Quinn and her colleagues have defended destructive embryonic research and disregarded the ethical arguments put forward in the petition.”