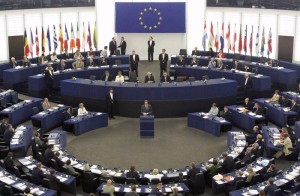 A report calling for abortion to be declared a human right was rejected by the European Parliament on Tuesday (22 October).

351 MEPs voted against the report which recommended making abortion a human right in the EU, while 319 voted for it.

Among the 12 MEPs for Ireland, all the Fianna Fail MEPs, and three out of the four Fine Gael MEPs voted against the proposal.

The ‘Report on Sexual and Reproductive Health and Rights’ was formulated by the Committee on Women’s Rights and Gender Equality.

The report recommended that EU nations declare abortion to be a human right and to make abortion available within all public health systems of member countries.

Had it been passed, it would have put pressure on pro-life nations like Ireland, Poland and Malta to legalise abortion on demand.

Instead the report was referred back to the committee according to European Dignity Watch, in what it said was “a loud and lively debate that is not often seen in this intensity at the European Parliament.”

“We are very happy that not only Parliament came to its senses today with regard to sexual and reproductive health, but also that the voice of 1.4 million citizens who signed the European Citizen Initiative ‘One of Us’ for a greater protection of human dignity are heard and represented in today’s decision”, executive director of European Dignity Watch, Sophia Kuby, said.

Although the ‘One of Us’ initiative is not directly connected with the vote, more than 1,400,000 citizens from the 28 member states signed a petition in defence of human life from conception, and for the dignity of the human embryo as ‘One of Us’.

European Dignity Watch said that an alternative resolution, which sought to promote a dignified vision of maternal health, protect freedom of conscience and healthy sexual education for children, was not adopted, but it was a great victory that the proposed report had not been adopted.

The referral back to committee will give time to investigate further the problematic points of the report, including the accusation that it was co-written by the commercial abortion organisation International Planned Parenthood Federation in Brussels.

European Dignity Watch stated that in the weeks leading up to the vote, there was a growing awareness among MEPs of the problems related to an understanding of: sexual and reproductive health; hypersexualisation of children from the earliest age; a ‘right to abortion’ for all; and a severe limitation of freedom of conscience.

The organisation stated that the Parliament had sent a clear signal that the radical approach proposed in the report was not shared by the majority.

European Citizens’ Initiative (ECI) is a new instrument of participative democracy, where the European Commission can propose legislation on matters where the EU has competence to legislate.

A citizens’ initiative has to be backed by at least one million EU citizens, coming from at least 7 out of the 27 member states.

‘One of Us’ is one of the first registered ECIs and its goal is to greatly advance the protection of human life from conception in Europe – within the possibilities of the competency of the EU.