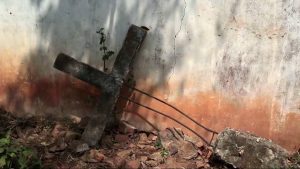 According to Christian Today, the EU has renewed the mandate for a Special Envoy for the promotion of freedom of religion or belief outside the EU, following persistent campaigning.

European Commission vice-president Margaritis Schinas said on Wednesday that the “forthcoming appointment shows our determination to ensure the rights of all faiths and beliefs are respected across the world”. Pressure from EU parliamentarians and campaign groups after months of dithering ultimately led to the re-appointment.

The European People’s Party (EPP) Group in the European Parliament last week urged EU Commission president Ursula von der Leyen to renew the position “without undue delay” in light of ongoing human rights abuses against religious minorities. In a letter, EPP Group chair Manfred Weber and vice-chair Jan Olbrycht said: “The persistent discrimination, persecution or even mass killings of religious and ethnic minorities makes protecting and promoting this freedom inside and outside the EU all the more essential, and probably even more pressing today.

“These threats to religious freedom often represent an existential danger for religious communities in several regions of the world. Renewing the position would help Europe to sharpen its focus on the protection of religious minorities and ensure that this important issue gets the attention it deserves. Failing to do so would be a major mistake and a missed opportunity in the current global context.”

The Special Envoy for the promotion of freedom of religion or belief outside the EU was first held by Slovak politician Ján Figel in 2016 with the mandate of protecting freedom of religion or belief on behalf of the EU worldwide. The mandate included visits to countries with some of the most violent religious persecution in the world to help facilitate dialogue and response plans.

The recent announcement by Mr Schinas was welcomed by EU parliamentarians and human rights advocates. Mr Weber said: “Freedom of religion is under pressure in the world, whether for Christians in China or Muslims in India, Europe must do more to protect this fundamental freedom.”

Adina Portaru, legal counsel for ADF International in Brussels, one of several groups that had petitioned the EU to retain the role, said she was “encouraged” by the news: “The current health crisis allows limitations on freedom of religion or belief to increase worldwide. The EU has done the right thing in showing renewed commitment to this fundamental human right.

“We urge the European Commission to strengthen the position of the Special Envoy and build on the important work already achieved. For the mandate to be most effective it should be multi-annual and with a possibility of renewal. With the support of permanent staff and sufficient resources, the Special Envoy should act as a guardian of the EU Guidelines on the promotion of freedom of religion or belief.

“The victims on the ground are in dire need of a decisive response from the EU. With its Special Envoy, the EU can lead in the international response, and that leadership is needed now more than ever.”