Last week’s official recognition of Ireland’s Travelling Community as a distinct ethnic minority group in Irish society has been broadly welcomed by members of the Parish of the Travelling People in the Dublin Archdiocese, but it is only one step in a long journey on the road to achieving full parity of esteem. 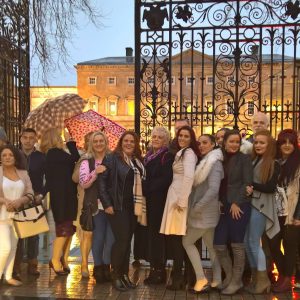 Parish priest Paul O’Driscoll said the official recognition announced by An Taoiseach Enda Kenny in the Dáil last week marked an evolution in the relationship between Travellers and the state. “The parish does welcome this statement,” he said.

Speaking in the Dáil, Mr Kenny acknowledged: “The Traveller community has for many years campaigned to have their unique heritage, culture and identity formally recognised by the Irish State. And in this State, they make their contribution as Gardaí, doctors, members of the defence forces, prison officers. So there should be no surprise that a person can identify as Irish and as Traveller. This is a deep and personal issue for many Travellers.

“We all want the same for our children: to grow up and thrive in a society where everyone is free to be who they truly are. No one should have to hide their religion, their sexual orientation, their race or culture to be respected or even accepted in society.

“I hope that today will create a new platform for positive engagement by the Traveller community and Government together in seeking sustainable solutions which are based on respect and on an honest dialogue.”

The Parish of the Travelling People, established in 1980 by the then Archbishop of Dublin Dermot Ryan, is unique in Europe as a parish that is not limited to a particular district; rather than belonging to a geographic identity, the parish’s members belong to a group identity.

In September last year, the current Archbishop of Dublin Diarmuid Martin called on the Traveller identity to be given legal protection, similar to that given by the official recognition given by An Taoiseach last week.

Dr Martin said: “If every element and species within God’s creation deserves protection, so also does the cultural heritage of any people and their own special identity.

“We have to address more effectively the needs of the members of the Travelling community where all the indications are that they persistently remain among the most disadvantaged educationally.”

Missie Collins of the Pavee Point Travellers’ Centre told CatholicIreland.net: “I have been working with Pavee Point for 24 years and in all that time we have been looking for ethnic recognition. It’s a small step in getting proper equality in terms of access to education, to healthcare and to jobs.

“We have a long way to go. There are health problems and there are mental health problems – a Traveller man has a life expectancy that is 15 years lower than that of a man in the settled community and suicide levels among young Traveller men are seven times higher than among the general population. We need equal opportunity and equality of esteem. I have 26 grandchildren and six great-grandchildren and I hope they grow up in a world where they won’t face discrimination.”