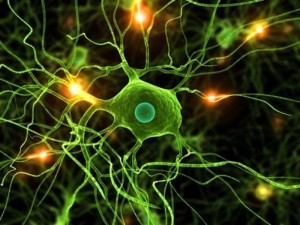 A new study reported in Stem Cell Research News this May, constitutes an FDA-regulated clinical trial.

The trial has been launched at the University of Texas Health Science Center in Houston (USA) to examine two forms of stem cell therapy in children diagnosed with cerebral palsy.

The study aims to compare the efficacy and safety of an intravenous infusion of cord blood stem cells (which are stem cells taken from the umbilical cord) to bone marrow stem cells.

The infusion of cord blood stem cells to help promote the body’s own repair mechanisms could yield a non-invasive therapeutic option not in existence today.

The principal investigator of the study is Charles Cox, a professor of paediatric surgery at the University of Texas Medical School in Houston.

In layperson’s language, a stem cell is essentially a “blank” cell that can become more differentiated, such as a skin or muscle cell. Stem cells constitute big news in the medical and science world because they can be used to heal or replace damaged tissues and cells in the body.

Adult stem cells exist naturally in the body and they provide a natural repair mechanism for many of the body’s tissues.

A recent stem cell success story is that of little Chloe Levine, born four weeks early in 2006 and slightly underweight, but otherwise “a perfect little girl”, according to her parents Jenny and Ryan.  Chloe’s parents saved the umbilical cord blood from her birth.

It became apparent that Chloe was experiencing health difficulties, and following a CAT scan, she was diagnosed with cerebral palsy (CP).  CP is caused by damage to one or more specific areas of the brain and typically occurs prior to, during or shortly after a baby’s birth.

Her parents are truly grateful for the treatment.  Mum Jenny says that without it she believes that “Chloe would be very different from where she is today, physically, emotionally and mentally.”

Stem cells from umbilical cords do not pose an ethical dilemma because the cells come from a source that would otherwise be discarded. Another major benefit is that umbilical cells generally have not been found to cause immune reactions, which would simplify their potential use in medical treatments.

Meanwhile, earlier this year in Galway, a new Centre for Cell Manufacturing Ireland opened at NUI Galway, with the intention of delivering stem cells of the highest safety and purity.  The aim of the centre is to help transform the way certain diseases are treated.  The centre had to receive approval for operation from the Irish Medicines Board.

Professor Tim O’Brien, the centre’s new director, explained that stem cell research in Ireland is in what scientists have described as a “legislative lacuna”, but this relates to the use of embryonic stem cells and does not in any way inhibit the use of adult stem cells.