English and Welsh bishops renew their commitment to sustainable living 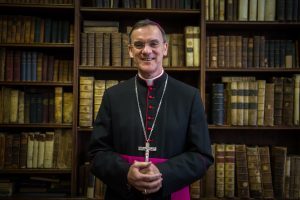 More than 4,500 Catholic churches and schools in England and Wales have signed up for green gas and renewable electricity.

In the run-up to the Church’s Season of Creation, which starts on 1st September and runs until the Feast of St Francis on 4th October, the English and Welsh bishops announced that Catholic churches and institutions now form one of the UK’s biggest blocks of consumers of green gas.

Green gas is an energy source derived primarily from biomass, that is, biological material that includes energy crops such as wood, grasses and seaweed; animal slurries; and municipal wastes.

“We commend IFM and the Catholic Church for their desire to take the lead on renewable energy adoption, and hope that others will follow,” Mr Barbaro said.

“This contract demonstrates that it is becoming easier than ever before to cut carbon emissions from our public and private sector buildings.”

The renewable energy use announcement is part of a commitment made by the English and Welsh hierarchy towards achieving a more sustainable lifestyle. In a joint statement, the church leaders said: “We the Bishops of England and Wales commit ourselves and invite our people to engage in this urgent challenge, so that together we show leadership by our actions.”

They also quoted from the Pope’s encyclical Laudato Si’, which says that the earth “now cries out to us because of the harm we have inflicted on her by our own irresponsible use and abuse of the goods with which God has endowed her”.

In a related development, Bishop John Arnold of Salford, the English and Welsh hierarchy’s lead bishop on environmental issue, has set up a Laudato Si’ Centre at his residence and offices at Wardley Hall to act as a flagship for promoting effective action on climate change.

Another promotional initiative on climate change is being run by the Catholic Agency for Overseas Development (the English and Welsh equivalent of Ireland’s Trócaire), which has devised the Live Simply Awards. These are for communities that can show they are living more simply than before in solidarity with communities elsewhere in the world who live in poverty and who are already being impacted by climate change.