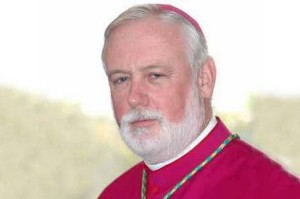 Pope Francis on Saturday appointed Archbishop Paul Gallagher, a Liverpudlian who is currently nuncio to Australia, to a senior position in the Holy See’s Secretariat of State.

Sixty-year-old Archbishop Gallagher will become Secretary for Relations with States, the equivalent of a foreign minister.

The Archbishop, who is from Liverpool and is currently serving as papal nuncio to Australia, is the first English priest to hold this position.

He succeeds Archbishop Dominique Mamberti, who will take over from American prelate, Cardinal Raymond Burke at the Vatican’s Signatura.

The Archbishop’s vocation was formed in his teenage years and inspired by the words of Jesus, “what greater love has a man than to give his life for his friends”.

“I thought if I give my life to the priesthood, to the Church, I would be doing that as an act of love to my friends. That was really the roots of my becoming a priest,” he said.

He contemplated joining the Jesuits or Benedictines, but settled on becoming a diocesan priest after participating in a vocations programme in Liverpool.

Archbishop Gallagher’s voyage into diplomacy came a few years after he had been ordained when he was asked to study diplomacy. At the time there was no one from Britain in the papal diplomatic service.

“I’d always been interested in politics as a kid, so I thought maybe it could be something useful,” he said.

“It’s required a tremendous sacrifice on the part of my family and friends and, as I get a bit older, of myself—but of course you don’t think about that when you’re young.”