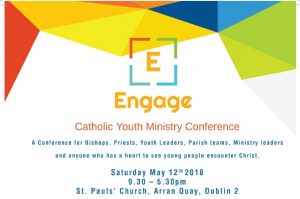 A conference aimed at mobilising young people in parishes which was due to take place in Dublin next weekend (12 May) has been postponed to allow participants to attend the Stand Up for Life rally in Dublin on the same day.

In 2017 over 200 people from across Ireland attended the Fortify Catholic Parish Youth Ministry Conference, which was designed to showcase youth ministry options available to parishes in Ireland.

Renamed Engage, this year’s gathering, which was to take place at St Paul’s Church, Arran Quay on Saturday, is now due to take place in the autumn. 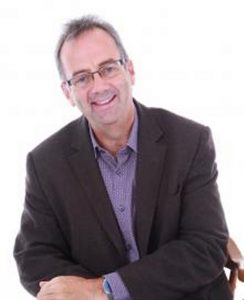 The keynote speaker at the event will be the well-known catechist and author David Wells, who is a regular contributor to the Religious Education Congress at Anaheim in California, where over 30,000 delegates gather to hear some of the world’s most prolific religious writers.

Mr Wells is the author of two books: The Reluctant Disciple and The Grateful Disciple, both available from Redemptorist Publications.

Tim Nichols from the Tine Network which is sponsoring the event, told Catholicireland.net that when they had originally planned the Engage conference for 12th May, it was not conflicting with anything but “the referendum is in everyone’s minds now”.   He hopes that the rescheduled Engage Conference will include a music conference too.

World Youth Day is an international church event, similar to the World Meeting of Families, which is focussed on young people. It is held in a different country every three years. Pope Francis is expected to travel for the first time to Panama to engage with young people there.

Earlier this week, the Diocesan Office for Evangelisation & Ecumenism of the archdiocese invited parishes and parish groups to nominate young people who might be interested in making pilgrimage. Deposits and bookings can be made online from next week at www.evangelisation.ie

According to a press statement, the cost of the trip can be covered by scheduled payments.