The Budget 2019 increase in Fuel Allowance has been completely wiped out with price increases that will leave families out in the cold for Christmas.

This is according to the Society of St Vincent de Paul (SVP), which expects that the price increases from last month and more due from other gas and electricity companies in December and January will force low income households to go without heat and light.

“For many thousands of people that SVP supports, opening a utility bill is a major source of stress and these price increases are really going to hit struggling households hard, as so many are already finding it difficult to make ends meet. It also means that the increase in the Fuel Allowance in Budget 2019 will be completely wiped out by the latest hikes,” said Caroline Fahey, SVP Head of Social Justice.

In October 2018 the government announced that one extra weekly Fuel Allowance of €22.50 would be paid in 2019, extending the allowance from 27 to 28 weeks, and that this would apply to the current Fuel Allowance season. Now SVP states that the €22.50 will be wiped out by energy price increases.

In recent months a myriad of reductions in discounts and straight price increases for gas and electricity have resulted in 5 to 10 per cent increases for householders.

SVP says that there were also ‘significant’ hikes in gas and electricity prices in August 2018. The charity states that over a 12-month period this equates to around €300 more a year for the average dual fuel bill.

Bonkers.ie states that the average annual electricity bill in Ireland is €1,005.22 and the average annual gas bill is €817.69. So the average household energy bill is €1,822.91 over the course of a year. This varies depending on house size and energy rating, usage, supplier and other factors.

The Society welcomes the recent announcement by Electric Ireland that they would hold any price increases over the coming months when bills tend to be at their highest and would continue to offer discounts to those on hardship PAYG (Pay-as-you-go) meters. PrePay Power will also delay their price increase. This was also welcomed by SVP, which urged other providers to do the same. 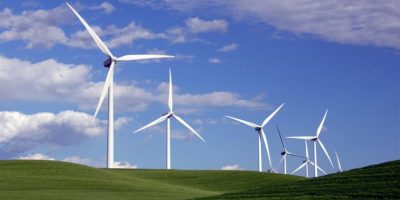 SVP’s recent price comparison of the main suppliers of electricity found that PAYG customers can pay anywhere between €103 and €274 extra per year based on standard electricity consumption.

Caroline Fahey pointed out that PAYG hardship meters have been successful in that they have “significantly” reduced the number of disconnections among customers in financial difficulty.

However, PAYG customers are often subject to a “poverty premium”, as they cannot avail of online offers or discounts for using direct debit or online billing. Another unnecessary charge to cash-strapped customers comes from the retailers who sell the top-ups with their own extra charge.

“Another downside is that when households have greater control over their energy spend, they are more likely to go without,” she added, explaining that a €20 top-up does not go as far now as it did this time last year.

It is estimated that 28 per cent of people in Ireland experience energy poverty. In 2017 SVP spent over €4 million helping households with fuel costs and utilities.

Data from Eurostat show that among EU peer countries Ireland has the second highest rate of households who cannot afford to adequately heat their home and the highest percentage of utility arrears.

SVP urged all suppliers to consider putting measures in place to protect vulnerable customers from price increases and “poverty premiums” and that those struggling with energy bills contact SVP.

However, in the longer term SVP would like the State to implement housing standards that allow for better energy efficiency and to regulate energy prices to ensure they are more affordable.