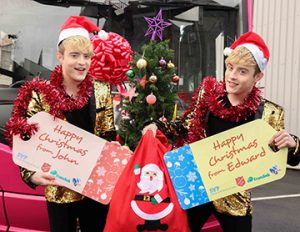 Big increases in energy bills and the cost of broadband that come into effect this week, will hit low-income families hard as they struggle to make ends meet in the run up to Christmas, says the Society of St Vincent de Paul.

A price increase by Bord Gáis means a typical customer faces a 3.4% rise in their gas bill, worth an extra €2.12 a month, and a 5.9% rise in their electricity costs, equivalent to €4.77 a month.  Since the start of November, SSE Airtricity has increased its household electricity prices by an average of 5.6%.  From the start of December, Energia is charging 3.9% more and Flogas has increased its prices by 3.3% Electric Ireland hasn’t increased its prices yet, but it has announced that they will rise by 4% in February, which means that the ESB company’s customers will typically be paying an extra €2.91 a month.

When it comes to broadband services, since last Friday, Sky’s charges have increased by between €2 and €4 a month for many of its customers and Vodafone’s customers will be paying an average of €4 a month more. On top of this, the cost of public transport is also on the increase – Luas fares increase by 5% from Friday December 8th and Dublin Bus  increases its fares by about 5.6%.

The Society of St Vincent de Paul (SVP) says that the price increases for energy and broadband all coming together just weeks before Christmas is a further blow to struggling low-income families.

“This is a particularly difficult time for families worrying about upcoming Christmas expenses and getting through the winter months when energy bills are at their highest.” said SVP National President, Kieran Stafford.  “Because austerity and poverty no longer figure in news headlines, it is easy to forget that there are still thousands of people who continue to live in hardship and with limited income. We help people throughout the year at times when families find themselves in financial difficulties. These price increases will add to those financial difficulties.”

The head of Ireland’s largest charity said that the SVP had expected to deal with 50,000 calls for help over the winter months but already it is getting a sense that this number may increase.  In November, the SVP East region, which covers Dublin, Kildare and Wicklow, had nearly 12,000 calls for assistance, which is 1,000 more appeals for help than during the same month last year.

One way in which the SVP raises much needed funds is through its charity shops, and in November its third shop in Dundalk, was officially opened pop sensations Jedward. Earlier in the month, John and Edward also travelled to Northern Ireland to launch the 2017 Family Appeal that is organised jointly by the SVP and the Salvation Army.  Last year, the appeal saw 50,000 gifts distributed to children across the Six Counties.

Major Paul Kingscott, the Salvation Army’s divisional leader, said: “As a church and charity, we are inspired by the Christmas message to reach out to people in need.  The Family Appeal allows us to help thousands of children and young people in Northern Ireland.”

You can help the SVP’s work by donating locally or online here https://www.svp.ie/Get-Involved/Donate/Single-Donation.aspx. You can also send a cheque, made payable to ‘Society of St Vincent de Paul National Council’ to SVP, PO Box 1234, Dublin 1.