Home > News > Enda Kenny says he is still a Catholic

Enda Kenny says he is still a Catholic 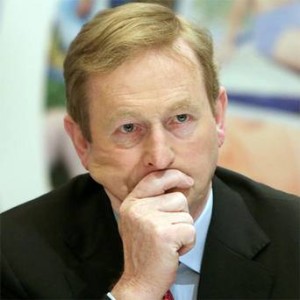 “I’m a Catholic, admittedly not the best Catholic, but I am a Catholic,” the Taoiseach Enda Kenny has stated in relation to his faith.

Speaking in a wide ranging interview exclusively to the Irish Independent, the Taoiseach said his faith has not been damaged by passing the country’s first abortion legislation.

He said he remains a regular Mass-goer and that his religious beliefs are intact. He told the newspaper that he is clear in his mind that the Government’s passing of the abortion legislation was “absolutely the right thing”.

When asked if he feared excommunication he said he talks to his God and does not want to comment about the Catholic Church.

He described his relationship with Lucinda Creighton and the other Fine Gael TDs and Senators who voted against the legislation as “respectful”.

Elsewhere in the interview Mr Kenny acknowledged that the legislation dealt with very sensitive issues and that he sought to reassure backbenchers about where they stood.

The Taoiseach once again reiterated his view that the new law brings “regulation” and “legal certainty” as well as clarity to the women of the country.

“Written into the legislation is the clarity of the constitutional responsibility of medical personnel to do everything practical and possible to save the life of the unborn, as well as that of the mother,” he said.

Mr Kenny added that the final vote on the legislation, where three-quarters of all TDs backed the Protection of Life During Pregnancy Bill 2013, was in tune with public opinion and “the public expression of support in this case.”

Mr Kenny’s views are likely to be seen as contentious by the Irish hierarchy who strongly opposed the Bill.

They have also indicated that they may be willing to mount a constitutional challenge to the Bill on a number of grounds.