Catholic development agencies across the world, including Trócaire in Ireland, are no longer going to invest in fossil fuel related equities or funds.

Charities and religious orders hold contingency funds in a wide portfolio of investments and will usually have an ethical investment policy to ensure that their funds are not used for activities that would be contrary to their aims or to the benefit of their supporters and benefactors.

Previously, ethical investment policies would stipulate that there would be no investment in, say, arms companies, or in tobacco or gambling firms.

Now, following an announcement made last week on World Earth Day, Trócaire and other members of Caritas Internationalis, the global network of Catholic development organisations, will divest from fossil fuel funds and equities and will no longer hold shares in oil and gas companies.

“The poor are suffering greatly from the climate crisis and fossil fuels are among the main drivers of this injustice,” said Cardinal Luis Tagle, President of Caritas Internationalis. “That is why Caritas Internationalis has decided not to invest in fossil fuels anymore. We encourage our member organisations and other groups or organisations connected to the Church to do the same.”

According to Dr Lorna Gold, head of advocacy and policy at Trócaire, the Irish aid agency was joined by two Irish religious orders – the Sisters of St Joseph of Chambery and the Northern Province of the Mercy Sisters – in announcing on World Earth Day, 22 April, that they were taking the same action as Caritas. Dr Gold also noted that four Irish religious orders had previously decided not to invest in the petroleum industry anymore – the Sisters of St John of God, St Patrick’s Missionary Society, the Columbans and three branches of the Presentation sisters. 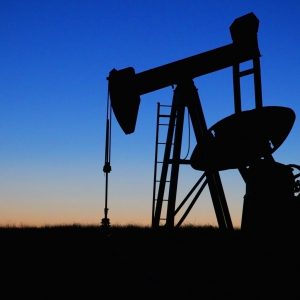 Three German banks closely linked to the Catholic Church – Pax-Bank, Bank Im Bistum Essen eG and Steyler Ethik Bank – which between them control assets worth approximately €7.5 billion, also said this month that they would no longer have funds invested in the fossil fuel industry. It is reckoned that there are now 95 Catholic organisations worldwide that are no longer financially supporting, and profiting from, fossil fuel industry activities.

The “oil no longer be seeing you” move could be a financially sound one for all these organisations, as it is regularly reported that “green” mutual funds consistently perform better than “black” funds that invest in fossil fuels. For example, Forbes reported that green mutual funds performed 14 per cent better than black funds between 2012 and 2014.

At present, there are two private members bills currently making their way through the Oireachtas, which if enacted would compel the Irish State Investment Fund to divest from fossil fuels and ban future oil exploration in Irish waters.