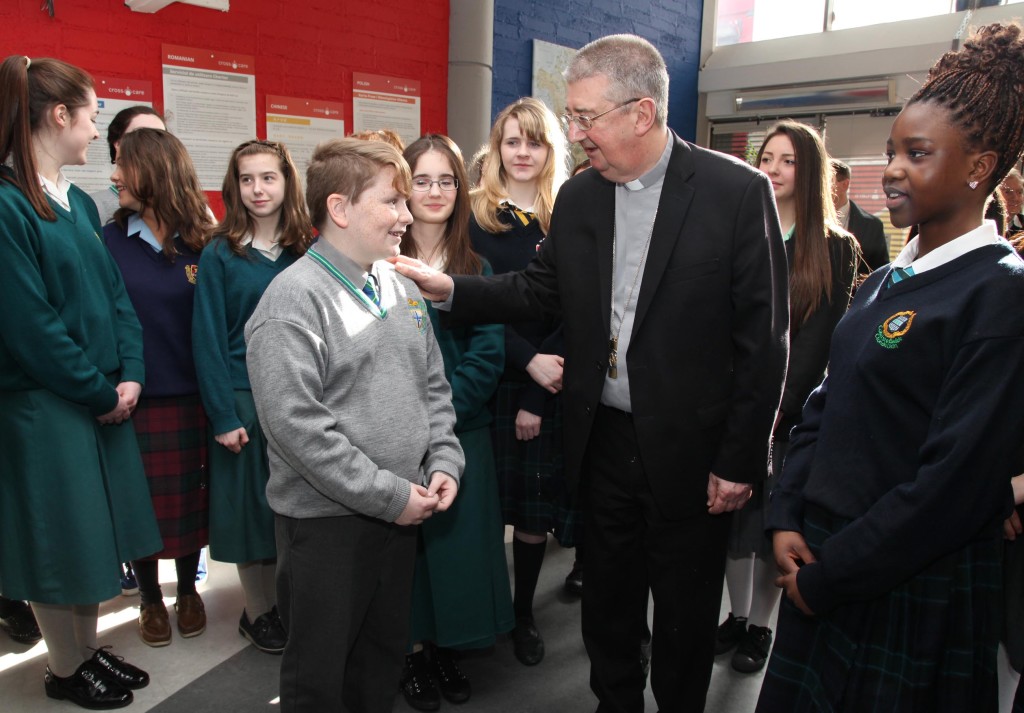 Launch of the 2014 Emmanuel Concerts Series. All photos by John McElroy.

Faith education mustn’t simply be about the passive provision of knowledge and information, it must be something more challenging and deeply personal, Archbishop Diarmuid Martin of Dublin has said.

Speaking at the launch of this year’s Emmanuel Concert Series, one of the biggest annual gatherings of secondary school students across Ireland, the Archbishop said faith education must lead beyond the purely personal to the commitment to lead a different lifestyle, a countercultural one, inspired by Christian faith.

Referring to the recent controversy over the place of religious education within the busy school curriculum, the Archbishop said, “If we get stuck just in discussions about the hours and minutes – and I am not saying that this is not important – we may assert our legitimate rights, but miss out on the enthusiasm and the participatory dimension which religious education should foster.”

Elsewhere in his address to launch Emmanuel 2014 at Crosscare’s Migrant Rights Centre in Dublin, Archbishop Martin admitted that the Church “has lost its sense of fun” and he urged his flock to rediscover faith which is less dull and more joyful.

He said Pope Francis had “never lost his sense of fun” and in fact used his sense of fun to “disarm those who would want to make the Church a place for the dull and stolid.”

Last May, Pope Francis warned Christians prone to a sourpuss that they harm the witness of the church.

Emmanuel is celebrating ten years since it was first launched in 2004, and this year over 2,100 students from 61 schools, including St Mary’s Girls School for the Deaf, will take part in its workshops and three nights of concerts at DCU’s Helix theatre from 4-6 March.

This year’s concert will also mark the canonisation on 27 April of the late popes, Blessed John XXIII and Blessed John Paul II, through a commemorative video in which students sing in Polish, Irish, English and Swahili.

Blessed John XXXIII and Blessed John Paul II, will also be remembered at each Emmanuel concert with a special rendition of “We will walk With God”, sung in four different languages.

RTÉ will broadcast a programme on the Emmanuel Concerts on Sunday 30 March at 11am on RTÉ One Television and at 11.45am on RTÉ Radio 1xtra / LW252/ digital platforms.

The Polish theme of 2014 was incorporated into the launch on Wednesday as some of the students from St Mary’s Holy Faith Killester and Coláiste Bríde in Clondalkin linked up via skype with Polish students from the Szkoła Podstawowa in Marklowice in Poland to sing together, ‘We Will Walk With God.’ 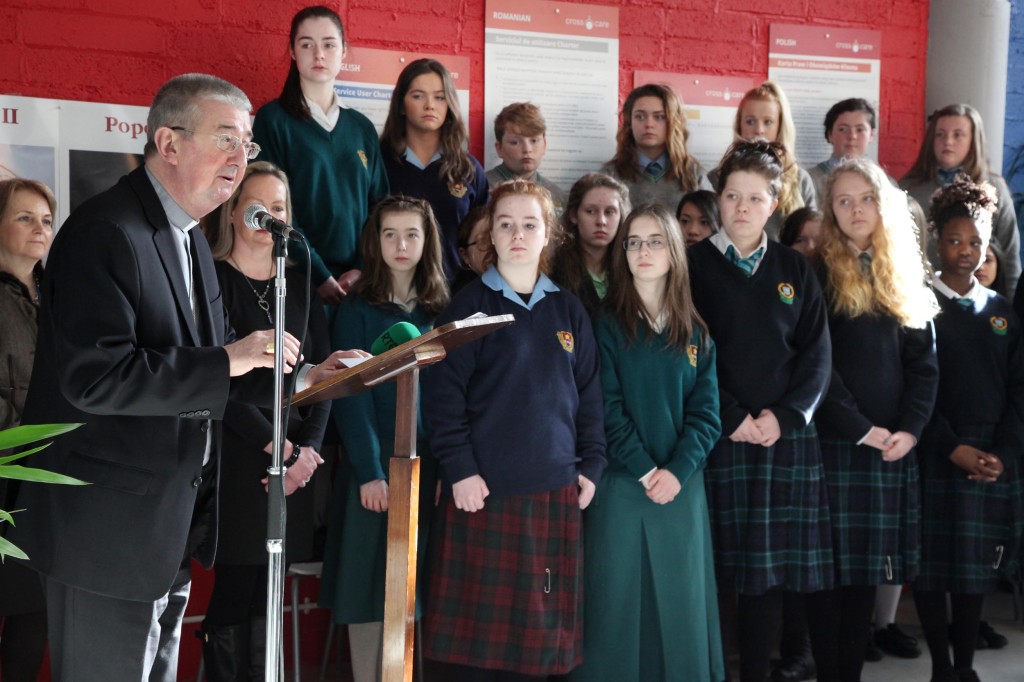 One of the schools participating in this year’s Emmanuel series has 15 first and second generation Polish students among their singers.

Speaking after the launch, Archbishop Martin told CatholicIreland.net, “The church has to reach out in a very different way to young people and not tell them what to do but allow them to find their own place in the church.”

“As somebody said to me, Emmanuel is about learning church music through fun. We have to have a more lively church rather than a stolid dull kind of place,” he said.

He added that he hoped that Emmanuel would “open something for these young people as to what religion is about. In addition to the music, the text of these songs very often have a long and deep religious tradition. They are singing in different languages – they see that faith is a worldwide,” he said.

Of the canonisation of the two popes, Archbishop Martin remarked that he felt “a bit sorry that people have almost forgotten Pope John XXIII.”

“He was the one who really brought about this major change in the Church. He was only pope a few weeks when he announced an ecumenical council – he had these ideas in his head from the very beginning and he brought about great change.”

He also recalled how Pope John XXIII, though he was 77 when elected, moved out from the Vatican and began visiting prisons and children’s hospitals. “So maybe there is something to be said older popes!” the Archbishop remarked.

Fr Pat O’Donoghue, who is diocesan music director, explained to CatholicIreland.net that “This year, Emmanuel is partnering with Trócaire and their campaign around water, so a lot of the music has a water theme.”

He continued, “At another level, this is the year when the readings on a Sunday are preparing us for initiation and water initiates that, so there is a double reason for our choice of music this year.”

Recalling the first Emmanuel back in 2004, Fr O’Donoghue said there were 350 students and it was held on one night in the National Concert Hall.

“We now do three nights in the Helix and we are really at our max at the moment. If we got more schools involved we would probably have to involve a fourth night, which is really quite a handful for the team that organises it.”

The Emmanuel Concert Series at DCU, Fr O’Donoghue explained, involves students arriving at 11am and getting involved in workshops for singing and then rehearsals. They are provided with lunch followed by more preparation for the concerts and then an evening meal. The concert begins at 7.30pm. 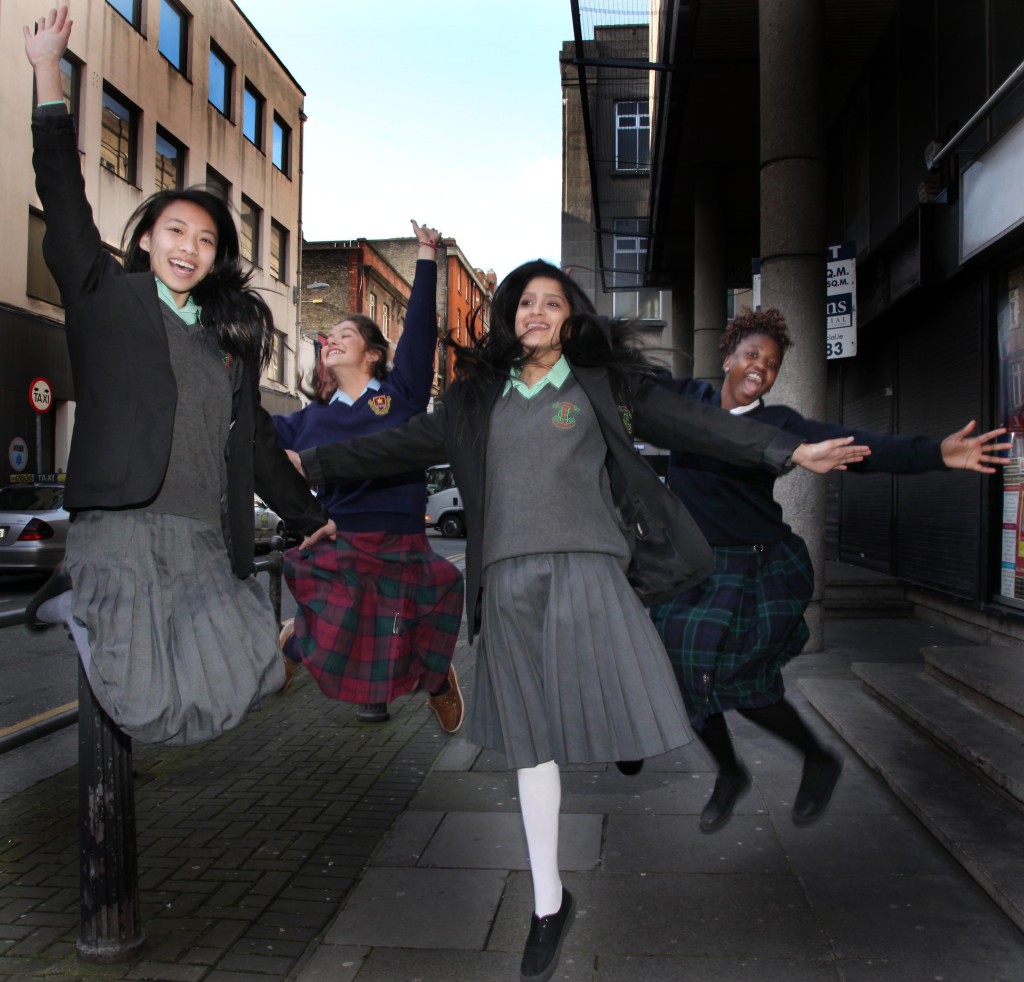 “It is a great event. There is a great atmosphere in the Helix on the night and this year to make it more accessible to people, we’ve left the tickets at €10, just to fill it and get a good atmosphere,” Fr O’Donoghue said.

Veronica Gasior, a second year student at St Mary’s Killester, who will is taking part in Emmanuel, told CathlicIreland.net that, it was “about fun and praying in a different way. It is different to singing on your own in church. I would never pray that much at home but this is praying in a song – which is fun!”

Second year student from Coláiste Bríde in Clondalkin, Daria Denisiuk, whose parents are both Polish, is participating for her first time in Emmanuel.

She said she was “very excited” about the concert. She recalls her granny in Poland watching programmes on John Paul II and talking to her about him. But she is too young to remember him herself.