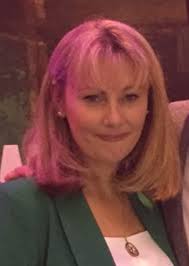 In her last days the late Emma Mhic Mhathúna recalled her joy at meeting Pope Francis when she was part of the offertory procession with her five children at the Phoenix Park Mass in August.

Many times since then, and at her funeral at St Mary’s Pro-Cathedral, Dublin, yesterday (10 October 2018), it was noted that she was a woman of faith. Her faith led her to join the Legion of Mary, on pilgrimages to Knock and Lourdes and to study theology in Maynooth.

Emma Mhic Mhathúna died last Sunday after coming to public notice as one of the 221+ women who were not informed about anomalies in their smear tests under the state screening service, CervicalCheck.

“Her faith sustained her in her life’s journey,” said Fr Paddy Moran in his homily at the funeral mass in Dublin. Speaking of her illness, Fr Moran said: “She did not see [it] as part of God’s plan, but rather as the result of human error. She said the organisations who made errors had apologised and that those letters of apology meant a huge amount to her. She didn’t want those letters for herself but for her children. Regarding the apologies she spoke with no malice, anger or bitterness.”

Fr Moran spoke of his recent visit with her in Saint Vincent’s Hospital, Dublin and how she spoke of “her great joy when she and her family met Pope Francis”.

He spoke of when Emma returned from pilgrimage in Lourdes and left a large container of holy water on the doorstep of the parish priest.

“Emma giving without asking anything in return, thinking of others and allowing blessing to flow freely, neither to be controlled nor regulated. She would never know those who would be blessed by the holy water. But indeed you can be assured that they were blessed,” he said.

Reflecting on the day’s Gospel, Fr Moran said: “To be a Christian is to be a person of hope. Hope knows the pain of the Cross but that suffering is rooted firmly in the reality and promise of the Resurrection.”

He added: “Emma suffered, and she endured in her suffering with great dignity and enormous courage. She held onto life for as long as she could. When the time of fighting ended, she was able to let go and she let God take her in His arms. She is at peace, a peace that is eternal. She is home.”

He thanked Emma for being “a powerful force of nature and a wonderful force for good” and for touching the hearts of so many people when they heard her telling her story.

“Thank you for showing us that life, in all its fragility and vulnerability, is still a most wonderful gift and we should live it the best we can,” he said.

He concluded by thanking her for the hope she expressed: “that people are good and have a capacity to learn from mistakes and that what happened to you should not happen to any other woman in our land.”

Fr Paddy Moran CSSp is from the Congregation of the Holy Spirit, St Mary’s College, Rathmines, and was the main celebrant. Also in attendance were President Michael D. Higgins and his wife, Sabina; Comdt Caroline Burke, Aide de Camp to An Taoiseach; and Archbishop Diarmuid Martin, Archbishop of Dublin.

After the funeral Mass in the Pro-Cathedral, her funeral cortege passed by Leinster House, Government Buildings, where the flag had been lowered to half mast as a mark of respect to her and all the women and their families who have been affected by the CervicalCheck crisis. The cortege also passed by the Department of Health and by Áras an Uachtaráin. She was buried in Co. Kildare.