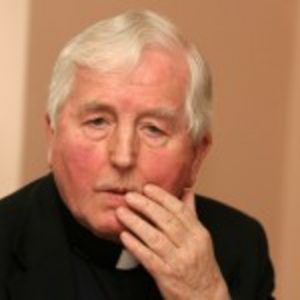 The death has occurred of the Emeritus Bishop of Elphin, Christopher Jones, a much loved pastor who was affectionately called “Bishop Christy” by his priests and his flock.

The current Bishop of Elphin, Kevin Doran, described the bereavement as being like the loss of a grandparent.

“Up to the time of his retirement in July 2014, he worked tirelessly in the service of God and of the people of God, in this diocese and further afield,” said Bishop Doran about his predecessor. “He will be remembered by many for the way in which he put flesh on the Gospel through his care for, and friendship with, those who were poor and most at risk in our society.”

Bishop Christy gave 56 years of his life to the priesthood and 24 years to being a bishop, noted his colleague Archbishop Eamon Martin of Armagh, the Primate of all-Ireland, who said that this summed up “a life of commitment, fidelity, service and love for the people, religious and priests of his home diocese”.

On a personal level, Archbishop Martin said: “I shall never forget the warmth of his welcome to me upon my own ordination as a bishop five years ago. The encouragement and support he gave me is typical of this generous and devout servant of God.”

Bishop Christy, who died aged 82, always described himself as “a Roscommon man, but a Sligo priest”. Born in Rathcroghan, Co. Roscommon in 1936, he was the second youngest in a family of 12. After attending the local primary school, he went to the College of the Immaculate Conception in Sligo, the Elphin diocesan college widely known as Summerhill.

It was the beginning of a lifelong relationship with the college, as over the years he was a student, a teacher and a patron of Summerhill. In 2016, two years after his retirement, he was delighted when a new learning centre for students with autism was opened at the college and named after him.

After Summerhill, he was a seminarian in Maynooth and was ordained in 1962. He then completed a diploma in social administration in UCD and became the first director of Sligo Social Services. In this role he formed life-long friendships with people who had endured homelessness and with many members of the Travelling community. Later in his career, he was a founder member of the Council for the West and was a powerful advocate for rural development and economic development west of the Shannon.

He served for six years as a curate at Rosses Point before becoming administrator of the Sligo Cathedral parish. During this time, and later as a bishop, he forged warm and fruitful relationships with clergy of other denominations in the Sligo area. When he succeeded Dr Dominic Conway as Bishop of Sligo in 1994, he took the motto “Let it be done to me according to your word” from the Gospel of St Luke.

His commitment to education was unsurpassed and pastoral gatherings for teachers, school principals and school boards were a regular feature of his tenure as bishop. Notably, he oversaw the remodelling of the Summerhill College campus and, at its reopening, he said: “The most important principle underpinning Catholic education is the value placed on ongoing dialogue between faith and reason. It is this principle which helps to explain the unique value of Catholic schools.”

He also oversaw the amalgamation of two diocesan colleges in Athlone, St Aloysius’s and St Joseph’s, and was particularly pleased by the name chosen for the amalgamated institution, Coláiste Chiaráin, for he always said that St Ciarán of Clonmacnoise really belonged to Roscommon and the Diocese of Elphin.

He championed the re-establishment of the permanent diaconate in the Irish Church and saw it as a way of extending services to help the poor and the marginalised. Since 2012, eight permanent deacons have been ordained in Elphin.

One of his greatest legacies is that he championed lay involvement in church affairs and today Elphin has a strong lay apostolate. In 2010 he said: “I believe in my heart that the more lay people participate in the life and ministry of the Church, the more their lives will be enriched and the more energy and dynamism they will bring to the life of the Church generally.”

Four of his sisters went into religious life and he valued the ministry of those in religious orders, particularly those working in the sphere of education. Also, it was at his invitation that the contemplative branch of the Missionaries of Charity established a community in Sligo in 2000.

As a member of the hierarchy, he chaired the Irish Bishops’ Commission for Pastoral Care, the Council for Social Welfare, and the Episcopal Council for Marriage and the Family, and he served as president of Accord, the Church’s marriage preparation and support agency.

In January 2013 he represented the bishops at hearings of the Oireachtas Committee for Health and Children, where he made remarks that are particularly significant in the run-up to Friday’s referendum. He said: “Any suggestion that Ireland is an unsafe place for pregnant mothers because we do not have abortion is a complete distortion of the truth. It is also gravely unjust to the doctors, nurses and midwives in our hospitals who have achieved internationally celebrated standards of maternity care.”

Since his retirement, Bishop Christy had been a discreet presence in the diocese, said Bishop Doran. “In recent months especially, he appreciated very much the short visits from colleagues and friends who kept him up to date on all that was happening in the diocese and in the nation. May he now experience the friendship of Jesus Christ and of all the saints, especially Saints Eithne and Fidelma, Saint Asicus and all the many holy men and women of our own diocese who have gone ahead of him. Ar dheis Dé go raibh a anam dílis.”