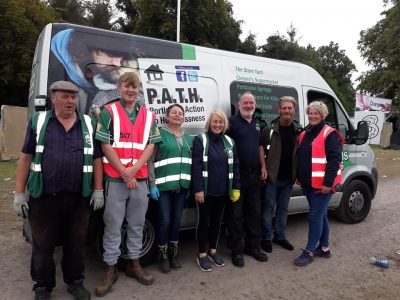 The Electric Picnic music festival with all its exuberance and excesses, not least a mountain of waste left behind, has proved to be a windfall for the homeless.

The volunteers with PATH (Portlaoise Action to Homelessness) collected 1000 discarded sleeping bags that will be given to rough sleepers.

“We have over 1000 sleeping bags and we will give them out to local people to wash and get them ready. Last year we collected 700 and they met our needs for the year. So now we are delighted to get a new batch for the rough sleepers that we help. Unfortunately we are seeing more and more of them when we do our outreach each week,” Sharon Brady, Treasurer, PATH, told CatholicIreland.net.

She explained that while there is some homeless accommodation and so called “hubs”, these do not suit everyone. Those who sleep rough not only have to contend with bad weather but are often attacked or abused.

These are the people that PATH can help with sleeping bags collected with the support of the Electric Picnic organisers. The Stradbally Civil Defence also gave a helping hand by making its centre available as a drop-off point and storage space.

“We were there from 1 p.m. until 7 p.m. with lots of volunteers and the help of Civil Defence. It was a big undertaking,” Sharon Brady explained. “We get some great quality sleeping bags.”

PATH volunteers also recycled some of the abandoned tents at Electric Picnic and were given a donation of food and drinks. 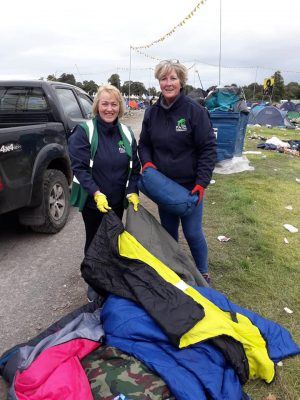 “We would like to say a huge thank you to the festival and on-site managers for allowing us the opportunity to gather sleeping bags and tents which will help us help so many homeless people. We were also given a huge donation of food and drinks from the artists’ camp, which will be distributed to local families as well as homeless people in Laois and Dublin,” stated the organisers.

They hope their good relationship with the Electric Picnic organisers will continue into the future and that the collection can become an annual event.

“Thanks to EP, we are really able to help so many people,” said Sharon Brady.

PATH was also contacted by a Cork homeless charity, which will take some of the sleeping bags to help homeless people there.

The group was set up in 2015 in Portlaoise, Co. Laois, and brings food and other necessities donated from local businesses to people who are sleeping rough. PATH receives unwanted food from Tesco Ireland via the FoodCloud scheme.

They take their van to Dublin once a week and offer tea, coffee and food to those who need it. They also offer other necessities including the Electric Picnic tents and sleeping bags as well as warm coats, hats and gloves as the colder weather sets in.