Home > News > Educational alliance of society & the family in crisis

Educational alliance of society & the family in crisis 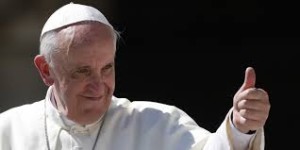 It is time that fathers and mothers return from their exile and take up fully once again their role in the education of their children Pope Francis has urged.

Speaking at his weekly audience on Wednesday, the Pontiff once again addressed the theme of the family.

He said it was difficult for parents to educate their children when they see them only in the evening, “when they return home tired from work – those who have the good fortune of having work!”

The Pope said it was even more difficult for separated parents, “who are weighed down by their condition: they have had difficulties, they have separated and so often the child is taken as hostage.”

He appealed to separated parents, “Never, never, never take the child as hostage! You have separated because of many difficulties and motives, life has given you this trial, but the children must not bear the weight of this separation, they must not be used as hostages against the other spouse.”

‘Experts’ have multiplied, who have taken over the role of parents even in the most intimate aspects of education – emotional life, personality and development, and parents are expected to just listen “learn and adapt themselves”.

“Deprived of their role, they often become excessively apprehensive and possessive in dealing with their children, to the point of never correcting them: ‘You can’t correct your child!’,” he commented.

“They tend increasingly to entrust them [their children] to the ‘experts’ even for the most delicate and personal aspects of their life, putting themselves in the corner, and thus parents today run the risk of excluding themselves from the life of their children. And this is very serious.”

Pope Francis said that parents must not exclude themselves from the education of their children.

Admitting certain educational models of the past had limitations, the Pope said that there were some mistakes that only parents were allowed to make because “they can compensate for them in a way that is impossible for anyone else.”

He went on, “On the other hand, life has become stingy of time to talk, to reflect, to deal with one another.”

Many parents are ‘kidnapped’ by work and by other preoccupations and they feel “paralysed by the fear of making a mistake”.

It was not just a question of superficial dialogue between parents and their children. “Rather, we should ask ourselves: do we try to understand ‘where’ the children really are in their journey? Do we know where their heart really is?”

He quoted the Apostle Paul, “Children, obey your parents in everything, for this pleases the Lord. Fathers, do not provoke your children, lest they become discouraged” (Colossians 3:20-21) which Pope Francis said “reminds us of the reciprocity of duties between parents and children”.

At the base of everything is love, which God gives us, the Pope said and quoted, “It is not arrogant or rude, does not insist on its own way, is not irritable or resentful, … bears all things, believes all things, hopes all things, endures all things” (1 Corinthians 13:5-6).