Home > News > Eco theologian warns of over consumption of meat

Eco theologian warns of over consumption of meat 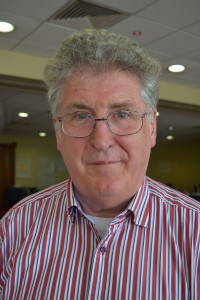 Ireland’s leading eco theologian has called for an education campaign to support initiatives such as the cutting of subsidies to livestock farmers and to support them diversify their food production.

Writing a blog on the Association of Catholic Priests’ website, Columban Fr Sean McDonagh, said one of the most difficult conversations which needs to take place is about the amount of meat which many of us eat each day.

In November 2015, the World Health Organisation (WHO) warned that eating too much meat can cause cancers and heart disease.

Fr McDonagh said we might think that this generation is merely following the tradition of our ancestors when it comes to eating meat.

“In reality the global meat industry has grown dramatically in recent decades. Between 1963 and 2014 meat production globally has grown from 78 million tons to 300 million tons. This amounts to a fourfold increase.”

He noted that with growing prosperity in Asia meat-eating has increased in China and India.

Experts believe that with population increase and a growing appetite for meat, production will increase by 75 percent by 2050.

Referring to an article by Damien Carrington published in The Guardian, to reach a healthy level of meat consumption, citizens of the US would have to cut their meat consumption by two-thirds, while in Britain and Ireland we should be eating half as much meat as we do.

He warned that our current effort to produce meat takes a huge toll on our environment.

“A total of 40 percent of the world’s land surface is used to feed the world’s population which now stands at 7.2 billion. Much of this land is grazed by cattle, pigs and chickens.”

“One third of the world’s fresh water is used in food production. The 75 percent increase which is expected to take place by 2015 would be disastrous, making it impossible to keep the increase in the average global temperature to 2 degrees Celsius above pre-industrial levels.”

The Columban environmental campaigner said that while people are aware that transport and industry contribute hugely to climate change, most people do not realise that agriculture is responsible for 25 percent of greenhouse gas emissions.

Fifteen percent of greenhouse gases are attributed to the meat industry globally, because ruminants produce methane, which is 20 times more heat retentive than carbon dioxide.

“This is more than all the cars, trains, planes and ships combined,” he highlighted.

Ireland is expected to reduce greenhouse gases in response to the agreement made at the UN Framework Convention on Climate Change (UNFCCC) in Paris in December 2015.

“I have pointed, out on numerous occasions the contradiction in the commitment made by An Taoiseach, Enda Kenny in Paris to be actively involved in reducing greenhouse gases while at the same time planning to increase our bovine heard by 300,000 does not stack up.”

According to Fr McDonagh, if there was a concerted effort to begin to tax our use of meat, the farming lobby and large multinational agribusiness corporations would be up in arms.

“There would need to be a huge education campaign to support initiatives such as cutting subsidies to livestock farmers. Farmers would have to be given support to diversify their food production,” he concluded.