Home > Featured > Ecclesial movements are not optional extras in the Church

Ecclesial movements are not optional extras in the Church

The letter to the Bishops of the Catholic Church, Iuvenescit Ecclesia (the Church Regenerates) published last week with the approval of Pope Francis, is a theological summary document of the pronouncements on Ecclesial Movements by the Magisterium since Vatican II.

Re-iterating what Pope John Paul II said in 1998, the document emphasises that the hierarchical and charismatic gifts are “co-essential” in the life of the Church.

There is no ‘Church of the Spirit’ distinct from the ‘hierarchical-institutional Church’, says Iuvenescit Ecclesia. Every gift in the Church comes from the Father, through the Son, in the Holy Spirit.

According to Bishop Brendan Leahyof Limerick, author of Ecclesial Movements and Communities, the document is long overdue.

“The document reflects something that has been percolating for the past 30 – 40 years,” he told CatholicIreland.net. 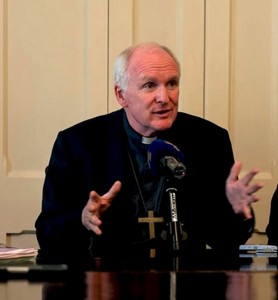 Describing the document as a summary of much of what has been worked out in recent years, Bishop Leahy said those close to the various developments, would be familiar with the material.

“But what is significant,” he added, “is that this document is now proposed to the whole Church.”

In other words, it’s another step in that ecclesial maturity where the movements are seen as more mainstream in the life of the Church.

“The older lens of oppositions and contrasts are giving way to a new way of looking at the Church in its full form for today.”

The Directory of International Associations of the Faithful, compiled in 2005 by the Pontifical Council for the Laity, lists 122 movements, groups and lay associations.

Every year new groups are added, most recently in May 2016, an Indian movement, Jesus Youth.

Some of the movements like the Legion of Mary, Young Christian Workers, Teams of Our Lady, Focolare and Cursillos predate Vatican II by decades.

The post Conciliar period witnessed “an unexpected and explosive flowering of such realities, as never before in the history of the Church,” said the Prefect of the Congregation for the Doctrine of the Faith, Cardinal Gerhard Ludwig Müller who presented the document on 14th June 2016.

In spite of the huge variety of Ecclesial movements and communities, Bishop Leahy says there is still the risk of their being seen as “an option, marginal, peripheral to the main day-to-day life of the Church in its organisational structures and agencies”.

The  expression “co-essential” is telling us something very important to do with the very nature of the Church, he says. “All of us have to be careful not to live a reduced version of Church.  Both lungs are needed!” 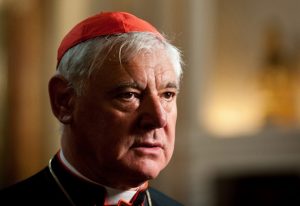 The document explains how charismatic gifts are discerned.

The discernment, which is not an easy task and takes time, belongs to Church authorities.

Among the criteria for discerning the charismatic gifts are the primacy of the vocation to holiness, commitment to spreading the Gospel, profession of the Catholic faith, unity with the Pope and bishops, a commitment to the social dimension of evangelisation and esteem for other charismatic elements in the Church and acceptance of moments of trial in the discernment of charisms.

Movements have been accused in the past of almost being parallel churches.

The document calls for integration of movements within the pastoral life of the Church  asking them to recognise the authority of their pastors and “place themselves at the service of the ecclesial mission”.

For its part the hierarchy is asked to respect the singularity of particular groups “avoiding juridical straitjackets”.